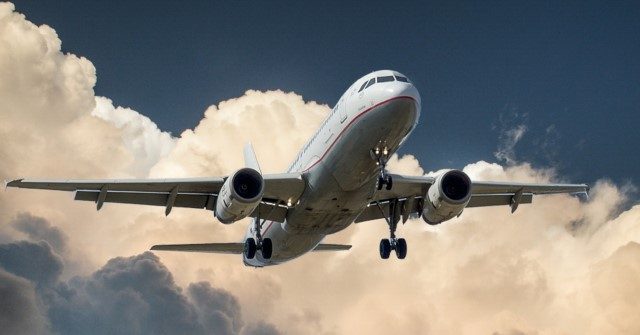 An American Airlines cross-country flight was diverted to Kansas City when a passenger first tried and failed to open the cockpit door, then attempted to open the door to the airplane.

The flight had to land in Kansas City because of an “unruly passenger interfering with the flight crew,” the post read, adding that the man had been taken into custody.

Passenger Mouaz Moustafa told Fox News everything seemed all right until a flight attendant told another to switch on the lights and the plane began descending quickly:

A video recorded by Moustafa appeared to show someone on the floor as others were hovering over the person.

Passengers leaned into the aisle to see what was happening but everyone seemed to be calm.

On what appeared to be his Twitter profile, Moustafa shared a clip of himself speaking with the pilot, who Moustaka said “tried to bring us down as soon as possible” after the man’s attempts to open the doors.

Chatting with the pilot just now of #AA1775 great pilot he told me that we were 40 mins out of Kansas and he tried to bring us down as soon as possible as a man tried to get into the cockpit then tried to open the plane door. still on tarmac with FBI on scene. pic.twitter.com/jqoYnrJKCG

FBI authorities and additional law enforcement agencies were on the scene when the plane touched down in Kansas City, the Fox News report said.

“We’re grateful to our crew members, who are consistently dedicated to the safety and care of our customers and who handled the circumstances with the utmost skill and professionalism,” an airline spokesperson told the outlet.