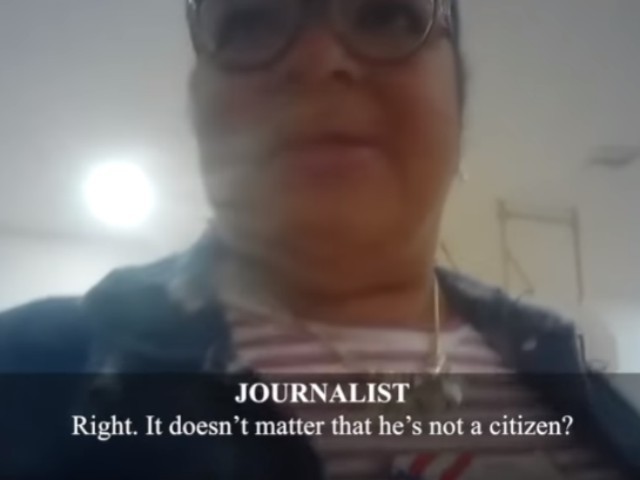 James O’Keefe’s Project Veritas released undercover video Tuesday of a Texas poll worker admitting  that “tons” of non-citizens are being allowed to vote.

In the video (embedded below), a woman tells two Travis County poll workers that her boyfriend, a DACA recipient, is in the car because he is nervous about not being able to vote. She let’s both poll workers know that the boyfriend is not a citizen.

“If he has his ID that’s all he needs — if he’s registered,” the first election worker reassures the Project Veritas journalist.

“It doesn’t matter that he’s not a citizen?” the journalist asks clearly.

“No, Don’t pay any attention to that. Bring him up here,” the election worker says.

When the journalist tells a second election official that her boyfriend is DACA recipient and worried about his being allowed to vote, the poll worker dismisses all her concerns. “Uh, uh,” she replies reassuringly. “From early voter — we’ve got tons of them.”

The woman answers in the affirmative.

DACA stands for Deferred Action for Childhood Arrivals, a Obama-era executive action that protects a certain class of illegal aliens from deportation.

BREAKING @Project_Veritas: Non-Citizens Voting in Texas? “We got TONS of them” Says Election Official on Undercover Video (WATCH: https://t.co/AS489C2BCY ) pic.twitter.com/2fU5WmSnEP

In a tweet Tuesday, Gov. Greg Abbott (R-TX), who was also safely re-elected Tuesday, responded to the video, “I can’t verify if this is accurate. I CAN verify that it will be investigated and if it IS accurate, illegal votes will be tossed out and wrongdoers will be prosecuted.”

The Texas attorney general, Jeff Mateer, also said he would look into it.

Travis County chief deputy clerk Ronald Morgan Jr., however, wants legal action taken against James O’Keefe and Project Veritas and has referred the journalists to the district and county attorney’s offices with the claim they may have violated laws prohibiting electronic devices at voting centers.

Morgan said the video is “distorting reality” and ripped into Gov. Abbott.

“It’s unfortunate that the governor has chosen to publicize the work of an alt-right, fringe group run by a convicted criminal to score cheap political points at the expense of poll workers,” Morgan said. “Particularly, when really this just serves as him perpetuating rumors on social media.”