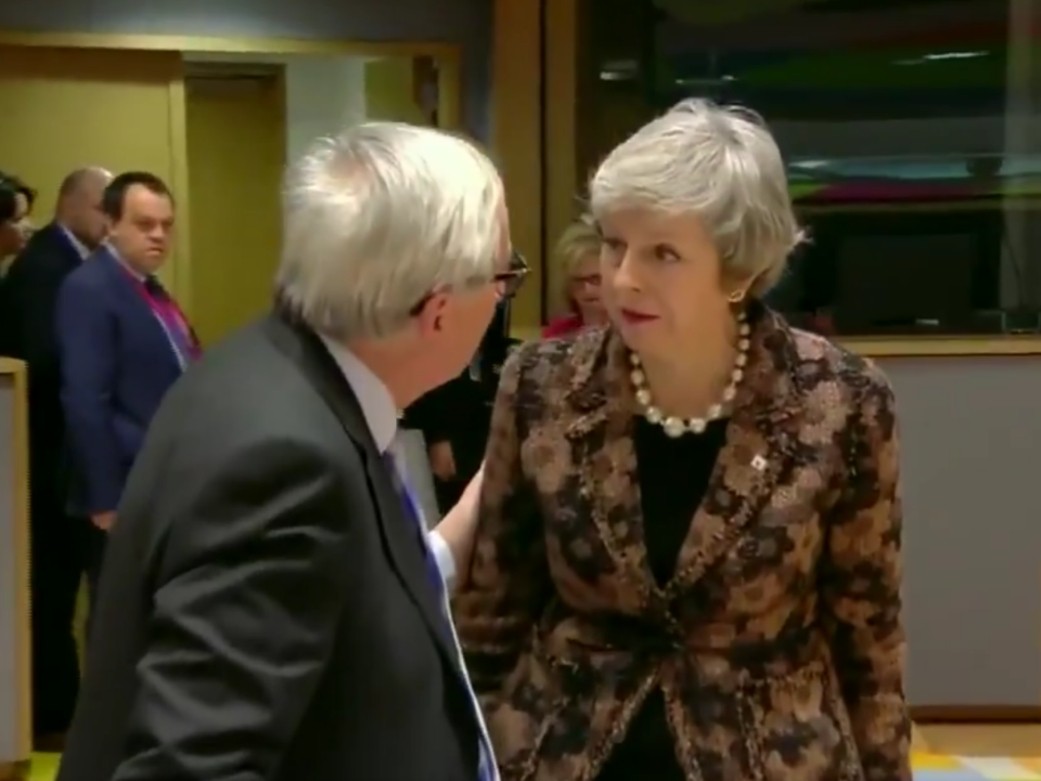 AP — The morning after European Commission president Jean-Claude Juncker criticized Britain for sometimes being “nebulous and imprecise,” Prime Minister Theresa May sought out the EU leader for a testy one-on-one ahead of the second day of summiteering.

Already one of the last to enter the summit room ahead of Friday’s session, May at one point made a beeline for Juncker and confronted him. Juncker got out of his chair to listen to her comments as May seemed rigid and angry in the tete-a-tete.

WATCH: An uncomfortable exchange between Theresa May and Jean-Claude Juncker has been caught on camera at the EU Council summit in Brussels.

The exchange took seconds before Dutch prime Minister Mark Rutte came over and started talking to the two.

Juncker had been scathing late Thursday about the British efforts to push the Brexit withdrawal deal through its parliament.

Romania’s president has struck an optimistic note about the Brexit deal as his country prepares to take over the rotating presidency of the European Union for the first time.

Iohannis said he’d meet British Prime Minister Theresa May later Friday “for a short bilateral, to encourage her a bit.”

Romania takes over the six-month EU presidency on Jan. 1. Britain’s departure from the bloc, due to take place on March 29, happens on its watch.