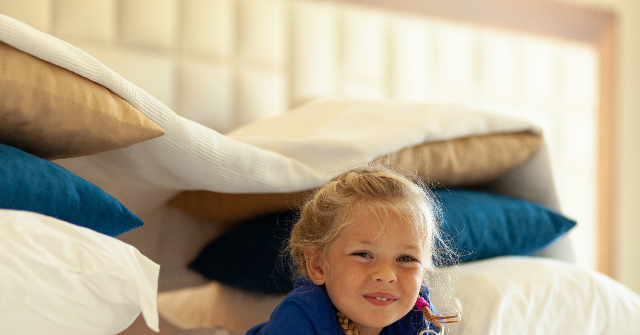 A teenager in Manchester, New Hampshire, is using her senior project to let kids in foster care know they are loved.

The boxes consisted of a pillow, pillowcase, and a new or gently used children’s book to be delivered to foster kids across New Hampshire, according to KSBW.

Thanks to donations, Hailey was able to assemble packages for about 215 children.

“I think something new to a child is so important and if I can do something as simple as giving them a new pillow and a book to read at night, it’s so easy. I think everyone can do that,” she said.

The kindhearted teenager recently donated 30 pillows and pillowcases to Manchester’s Webster House, and said the rest would go to kids and youth officials for distribution throughout the state.

In a Facebook post on Friday, Webster House thanked Hailey for her generosity and said it was nice to see young people engage in social work projects within their communities.

“Hailey was kind enough to call us at the beginning of the year with some new pillow donations. The kids thoroughly enjoyed them!” the post read.

It’s important to teach them young! At Webster House, the kids volunteer at the Salvation Army kids Cafe, participate in holiday bell ringing for the red kettles, assist with making care packages for troops overseas with the National Guard, Etc. We try to give back to the community that supports our program and our youth.

“Our goal is to prepare our residents for adult life, recognizing fully that this is ultimately a partnership between the family, the child and the program,” the Webster House’s website noted.

Hailey also babysat for foster families in the area and said she planned to attend the University of New Hampshire in the fall to study social work, adding that her senior project was not just a one-time event.

“I plan to continue as long as I can. After these 215 go to kids in foster care, I’m just going to keep going and see how much I can do,” she concluded.