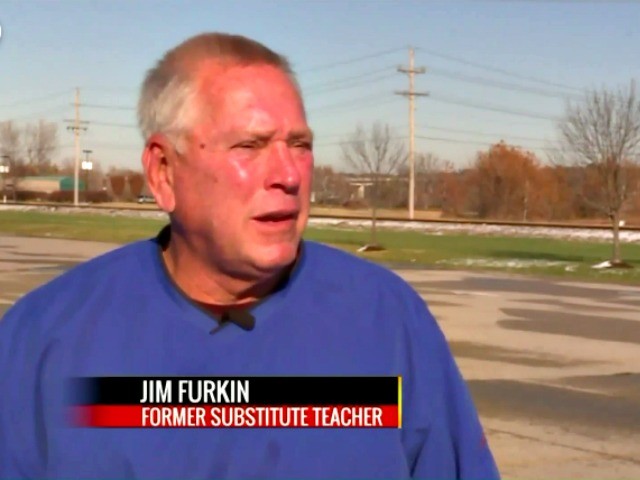 A Missouri substitute teacher claimed he was asked not to return to teach at a high school because he thanked his students for standing up for the Pledge of Allegiance.

The substitute teacher, Jim Furkin, 66, said he was subbing for a freshman English class at Parkway South High School in St. Louis when he thanked his students for standing for the pledge.

“The PA announcer says please rise for the pledge of allegiance,” Furkin told KTVI. “I say ‘let’s go’. The kids get up, 24 kids in class and 22 got up. I say, ‘thank you very much, all of you that participated. I appreciate that. I’m sure all of those families that lost loved ones so we could have the freedoms we have today would appreciate that, too.’ That’s what I said.”

But district officials asked him not to teach at the high school again after a student filed a complaint with the school claiming he was bullied for not standing for the pledge.

Furkin worked in the Parkway School District for nearly ten years and has served as a substitute teacher at Parkway South for almost every day over the past five years.

Officials told Furkin after the incident he could no longer teach at Parkway South High School, although board members allowed him to teach at other schools.

But Furkin challenged school board members on Wednesday to look into his ouster from Parkway South.

“I just think that I would try to convey something like that to the kids who just take everything for granted. That flag is not to be taken for granted, in my opinion. It is our symbol of freedom,” Furkin said.

The school district’s superintendent later released a statement claiming that Furkin was not removed from his position based on the flag incident alone:

We proudly recite our Pledge of Allegiance in all Parkway schools and classrooms. Students choose to participate, which is their right, and our role as educators is not to make a judgment about that choice. While we cannot share details of individual personnel matters, we would not recommend that a substitute teacher be restricted from a school simply based on a single isolated incident such as this. Several factors, including prior concerns at other schools, would be taken into consideration before making a recommendation.

Parkway Superintendent Keith Marty later added that there were several instances of “inappropriate conduct” leading up to the district’s decision to ask Furkin to stop teaching at the school.

“The truth is, we recommended that this substitute not return due to a pattern of inappropriate conduct,” Marty said.

While Furkin said he did not understand why officials only let him go after the pledge incident, he said he is not returning to the classroom.