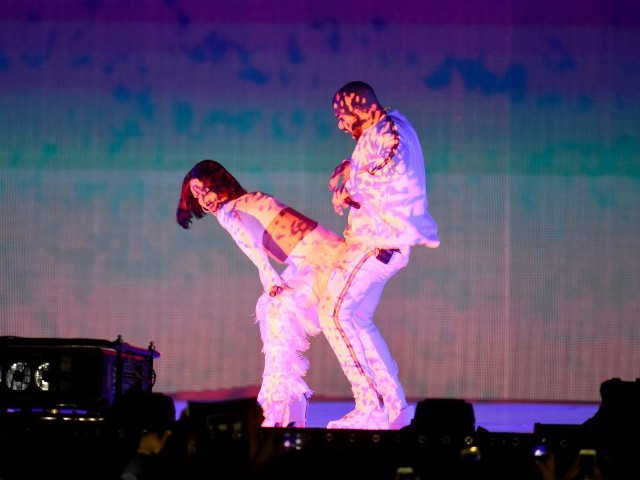 Rap superstar Drake is facing backlash on social media after video from 2010 surfaced of him kissing and groping a 17-year-old girl on stage at a concert.

In the video, Drake can be seen kissing and touching the girl on stage, then asking her age. When she replies that she’s 17, he jokes, “I can’t go to jail yet, man!”

The “God’s Plan” rapper then talks about her body again, calling her “thick” and saying “I don’t know if I should feel guilty or not, but I had fun. I like the way your breasts feel against my chest.”
He also kisses her face several more times.

To be clear, 17-years-old is above the age of consent in many U.S. states, however, the rapper has been criticized for allegedly creepy behavior around young women before.

Reports surfaced last fall that the 31-year-old Drake may have been dating an 18-year-old model named Bella Harris, who he first met when she was 16-years-old.

The rapper, real name Aubrey Drake Graham, was also criticized by many online for texting Stranger Things actress Millie Bobby Brown, who is only 14-years-old.

Since 2017, many stars of the entertainment industry have been accused of sexual misconduct as a part of the #MeToo movement. Many noted at the height of the movement that while many media and Hollywood figures have been accused of predatory behavior, the music industry saw surprisingly few stories.