The anti-Trump, left-wing #CancelKavanaugh protest in Washington, DC, on Thursday tried and convicted President Donald Trump’s Supreme Court nominee Brett Kavanaugh of sexually assaulting women and lying to the Senate Judiciary Committee without any of the Constitutional due processes they claim to want to protect by rejecting the federal judge’s nomination. 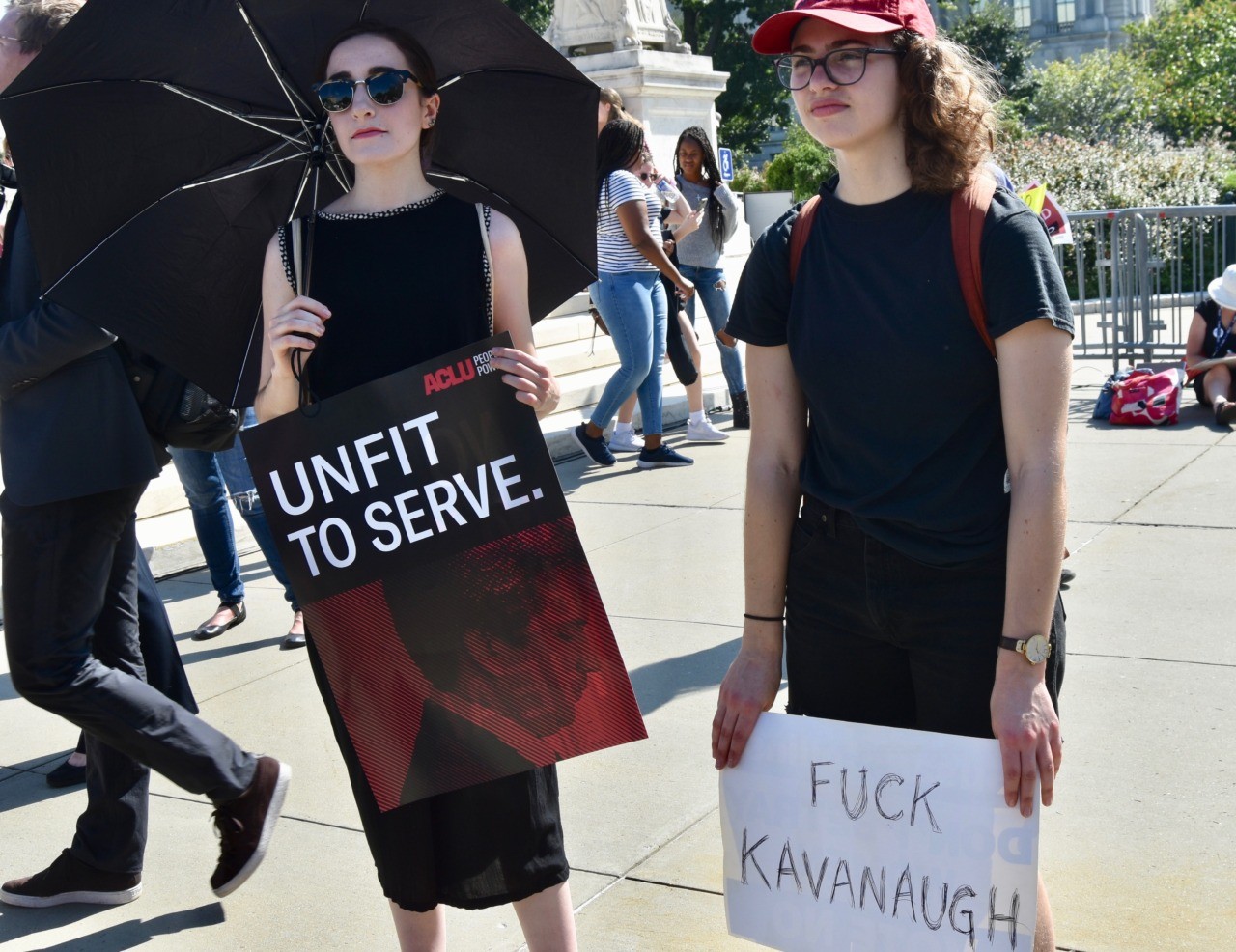 Carrying signs and banners describing Kavanaugh as a sexual predator and a drunk and calling for him and the president to be impeached and jailed, protestors chanted “We Do Not Consent” and “We Believe Survivors.” 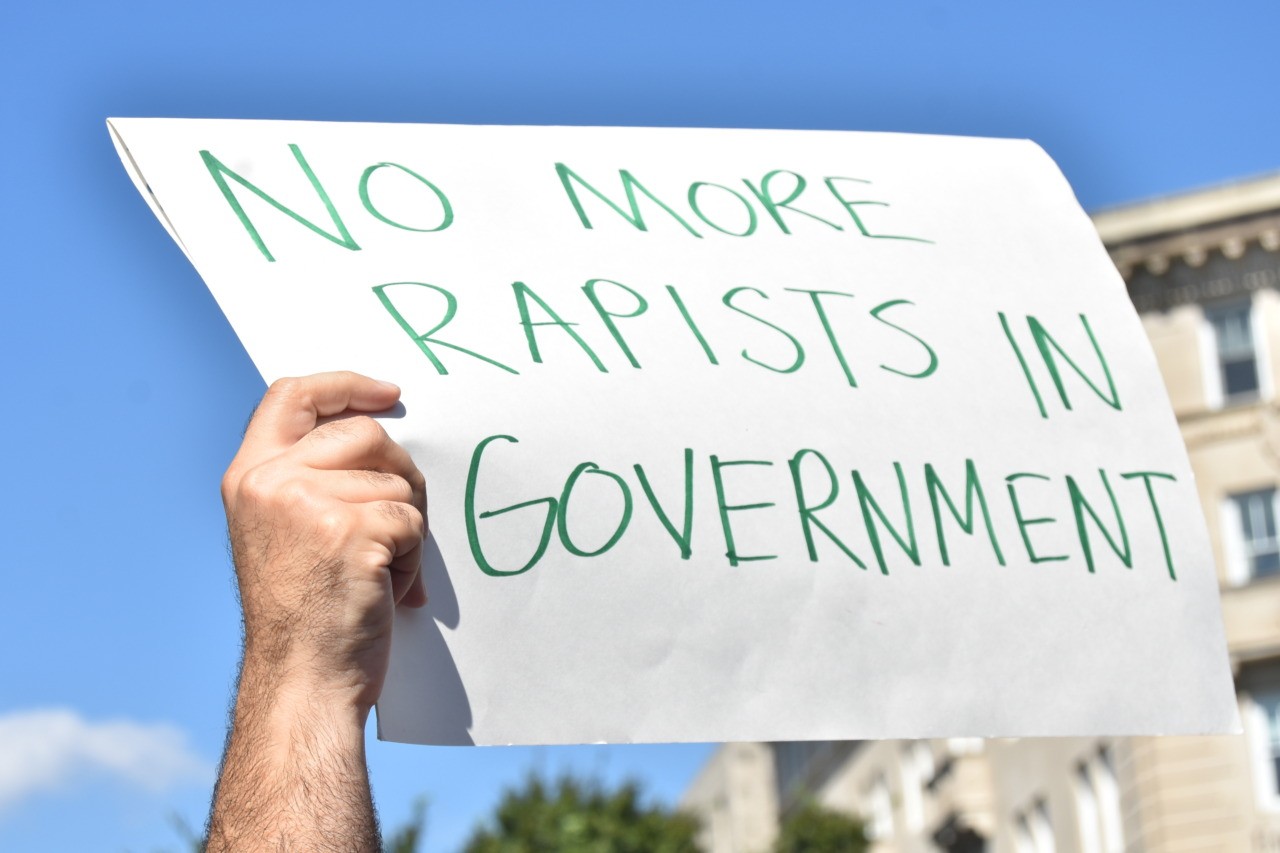 “We Believe Survivors” buttons were prevalent, a theme that emerged after Christine Blasey Ford accused Kavanaugh of sexually assaulting her decades ago at a high school party. 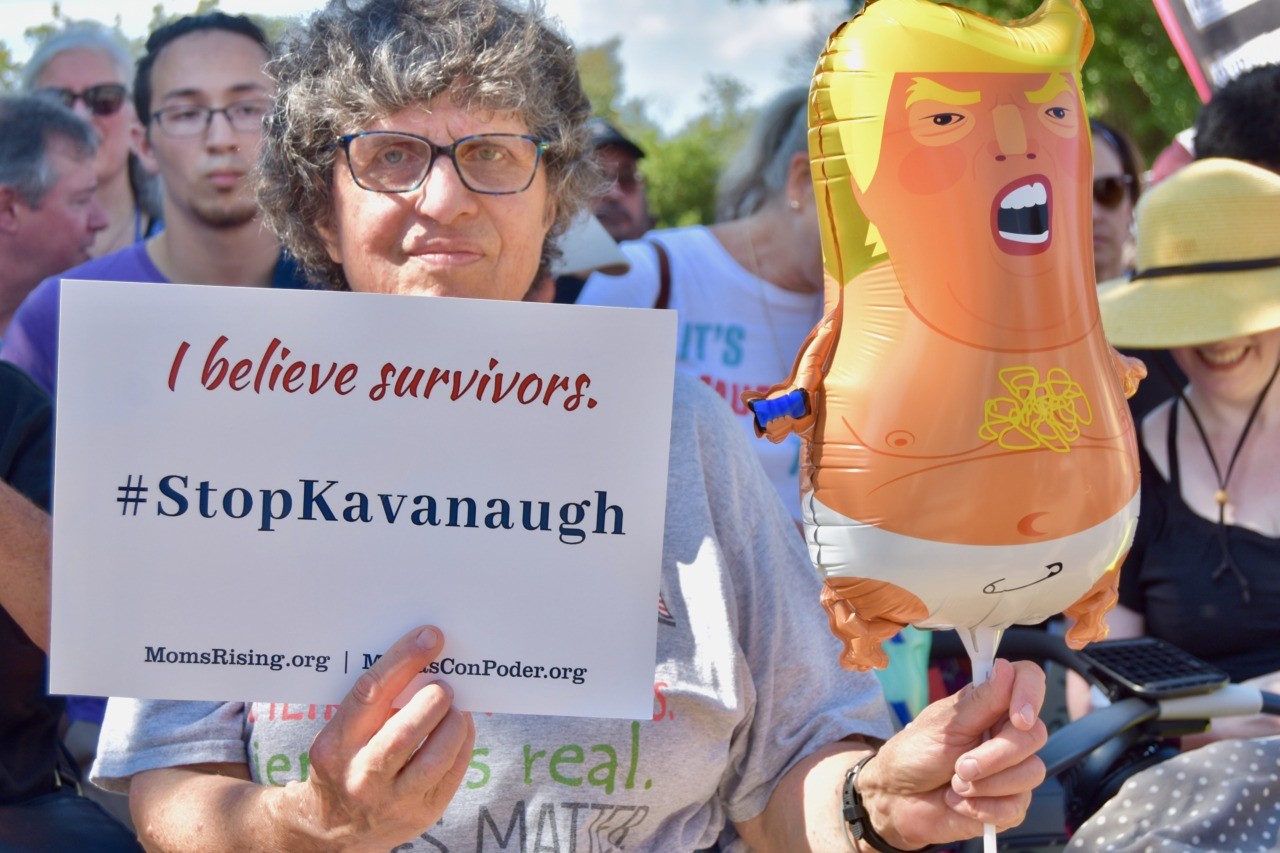 Her claim came after the judiciary committee heard 30-plus hours of testimony during Kavanaugh’s confirmation hearing, resulting in an additional hearing for Ford’s testimony and Kavanaugh’s response to it. 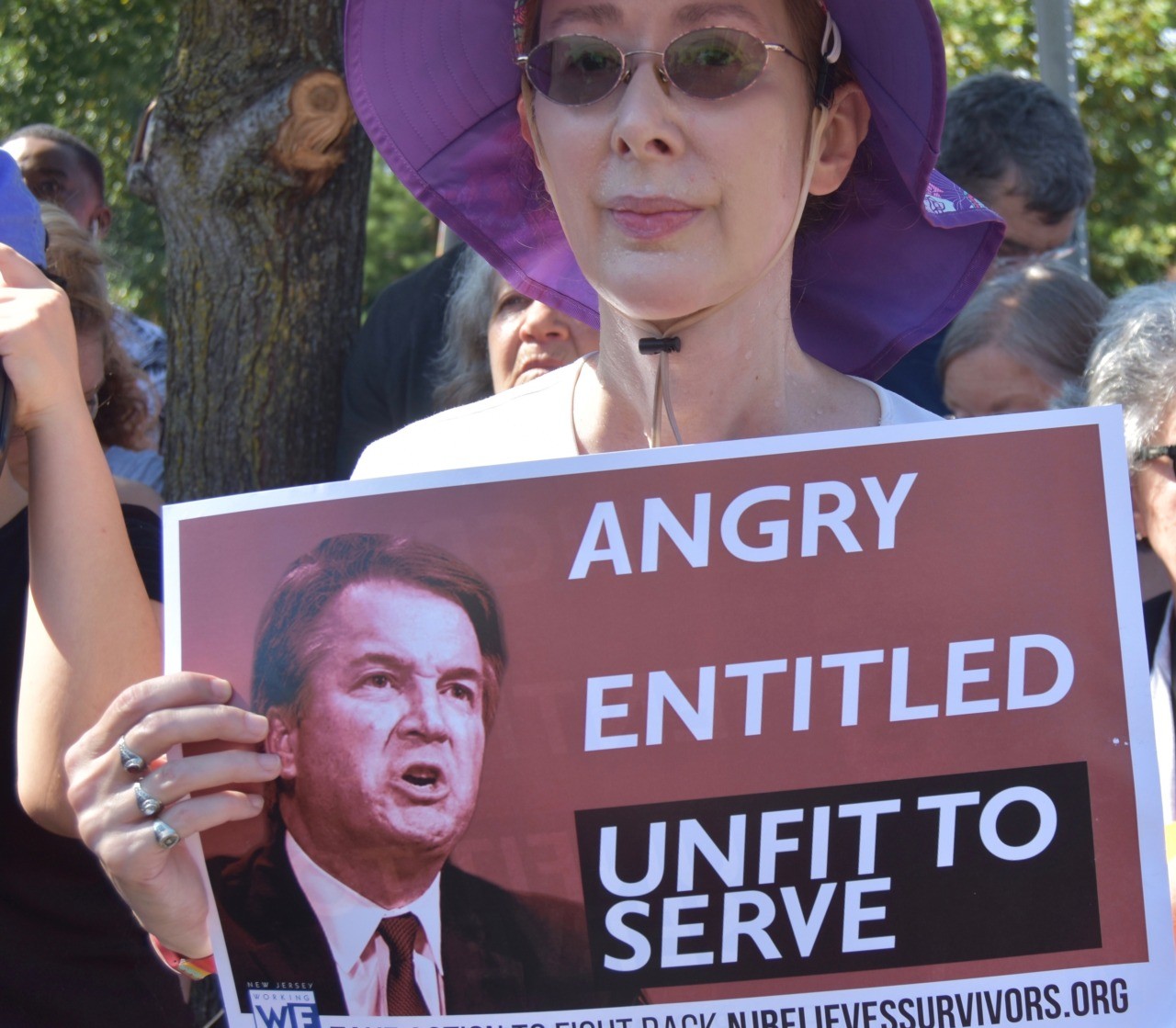 That hearing spurred a seventh FBI background check on Kavanaugh, who has been in public service for decades, and FBI background checks on others Ford claimed were involved in the long-ago incident, including high school friend Mark Judge. Judge has already given two sworn statements under penalty of felony that stated he does not recall the party or Kavanaugh assaulting Ford. 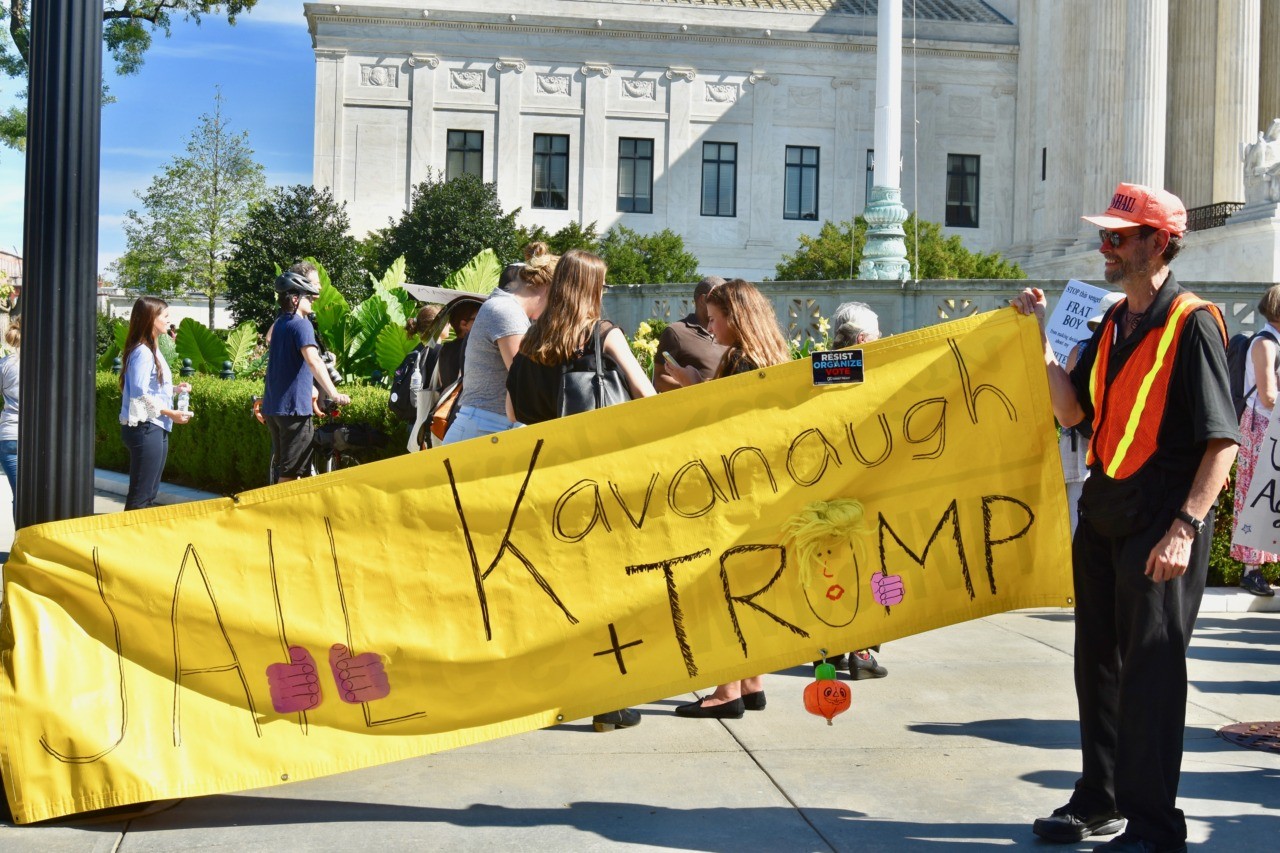 After the final FBI investigation found no corroboration for Ford’s claims, Senate Majority Leader Mitch McConnell (R-KY) on Wednesday launched the final round of the confirmation battle, filing for cloture to ensure a final vote on Kavanaugh’s confirmation by the end of the week. 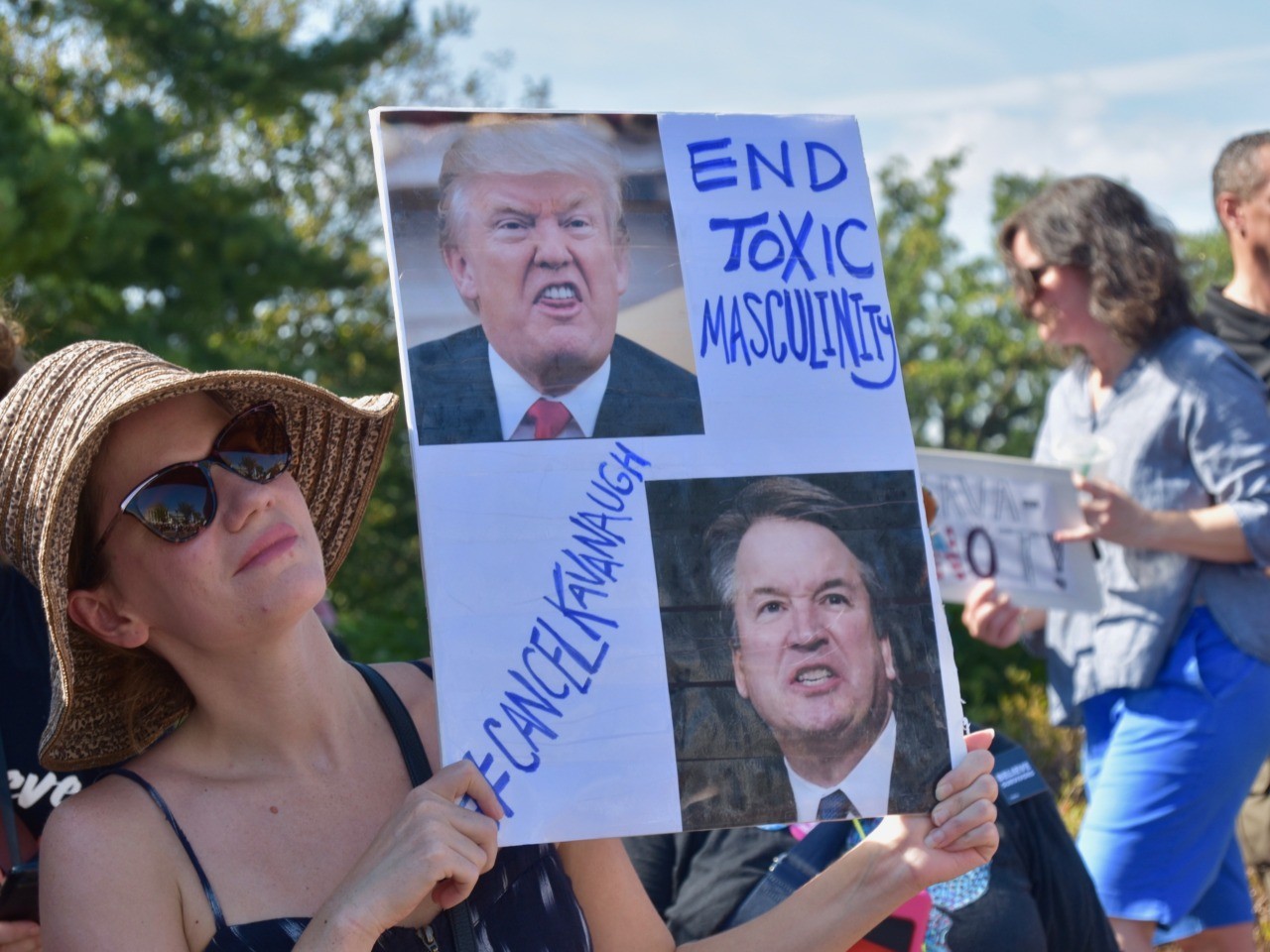 The organizers of the protest are the same left-wing organizations that have opposed Trump since he was elected in 2016 and are using the ongoing demonstrations to raise funds for their cause and register Democratic voters, including: the George Soros-funded moveon.org; the Women’s March, co-founded by anti-Semite and anti-Israel Linda Sarsour; Planned Parenthood; and Black Lives Matter.