Convoys of gunmen in armored trucks are clashing in a fierce turf war for several miles of land near the unfenced border with Texas. The fighting continues between rival cartels with minimal interference from Mexican authorities.

The violence began on Saturday night when residents of the rural town of Comales began reporting convoys of gunmen. Comales is 16 miles south of Rio Grande City, Texas. The region is controlled by the “Metros” faction of the Gulf Cartel. The turf war centers on a 41-mile stretch of the Rio Grande that has no fencing and is the most active smuggling area for the Gulf Cartel. The corridor, commonly known as “La Riberena” runs on the Mexican side from just west of Reynosa to Miguel Aleman and on the Texas side from Penitas to Roma.

The fighting apparently began when a convoy from the Cartel Del Noreste (CDN) faction of Los Zetas performed an incursion into Comales and the surrounding areas. Residents claimed the CDN kidnapped locals and have made posts on socials media. However, the abductions remain unreported to authorities as of late Monday.

The shootouts continued into Sunday as more gunmen from the CDN pushed into Comales. Authorities on the U.S. side of the border are on alert for any outgunned cartel members trying to sneak into Texas for cover.

While no bodies have been found, authorities spotted burned-out armored vehicles indicating the possible use of grenades and other explosives. 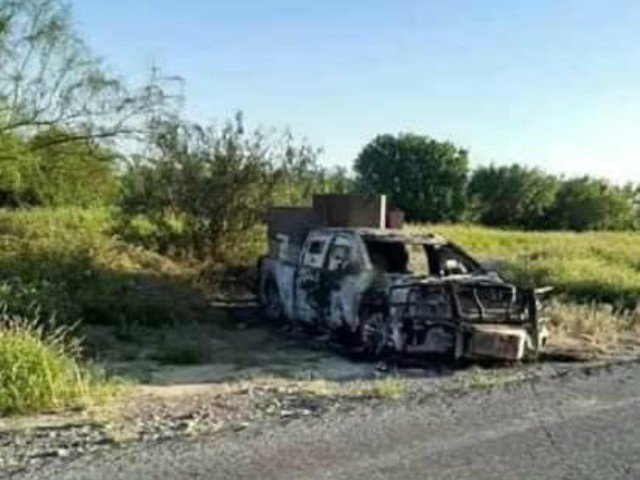