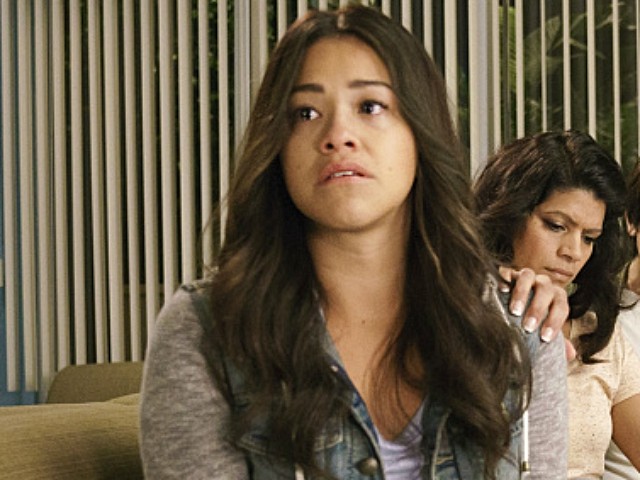 Actress and Left-wing activist Gina Rodriguez is again at the center of a social media-fueled firestorm. This time the actor is apologizing for saying the N-word while singing the Fugees hit song “Ready or Not.”

pause cause gina rodriguez kefjlskdkdösisksk bruh youre an actress the least you could do is act apologetic 😭 pic.twitter.com/WXp1Yi7e4Q

In a now-deleted Instagram video, the Jane the Virgin star is seen singing the Fugees song lyrics thusly, “I can do what you do … believe me. Niggas give me heebie-jeebies.” The backlash came quick, with many making the argument that Rodriguez has a habit of saying and then apologizing for racially insensitive remarks.

gina rodriguez said the n word—okay now that i have your attention, stop focusing on the irrelevant shit in life, and look at the world that’s 6 feet under. 2 whole countries are set ablaze. my friend can’t even breathe outside. check your priorities people. pic.twitter.com/bn4QrenQ4f

In January, a teary-eyed Gina Rodriguez apologized for comments she made about the racial income disparity amongst actors during a discussion panel in November of 2018.

“The last thing I want to do is put two underrepresented groups against each other,” said Rodriguez, after her pay disparity comments were slammed as “anti-black.” “Our unification is what is our rise. Our unification is what’s going to allow both of our communities to continue to flourish.”

Jerome Hudson is Breitbart News Entertainment Editor and author of the bestselling book 50 Things They Don’t Want You to Know. Order your copy today. Follow Jerome Hudson on Twitter @jeromeehudson.