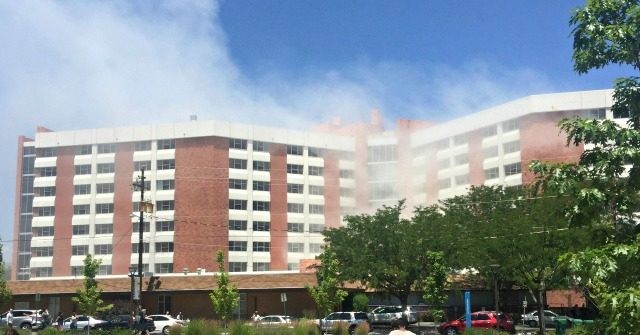 Emergency response crews scrambled Friday to the University of Nevada, Reno amid reports of a “utilities accident” at a dormitory.

According to local officials, both police officers and firefighters on are scene and advised individuals to vacate the area and stay away.

One student was in her dorm room at Argenta Hall when she heard the explosion.

“I heard a really large boom, and the fire alarm went off,” Therese-Mae Lim said Friday. “I went outside of my room and all the lights were off. There was a complete power outage except for the emergency lights.”

Several people, who were across from the building, were struck by shrapnel when the explosion went off, Lim said.

“I thought I smelled gas when I left the building,” she said.

There were no immediate reports of injuries.

Video and photos of the scene are circulating on social media.