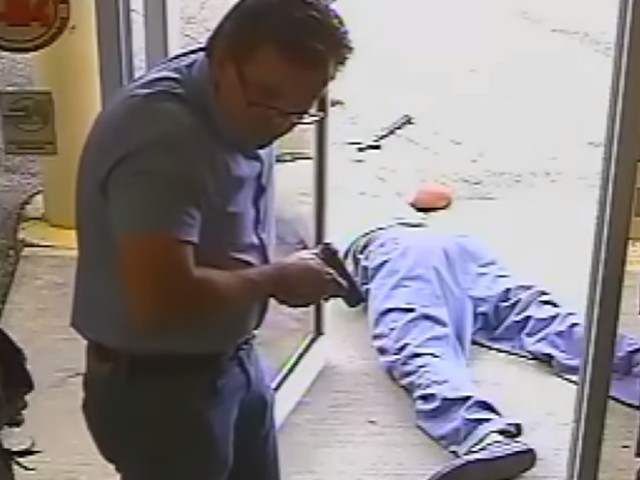 The Miami Herald reports that 47-year-old Dunn confronted suspect 50-year-old Christobal Lopez as he tried to exit the business while allegedly hiding merchandise under his shirt.

Video shows Dunn attempt to stop Lopez from leaving. The Herald reported, “Dunn’s hand slips off Lopez’s shoulder but Dunn is able to grab a fistful of the man’s t-shirt. Lopez raises his left arm in an apparent attempt to break free, and then Dunn appears to fire.”

Lopez falls to the ground and was pronounced dead when officers arrived.

The Lakeland Police Department is working with the Florida State Attorney’s Office to ascertain whether the shooting was justified.