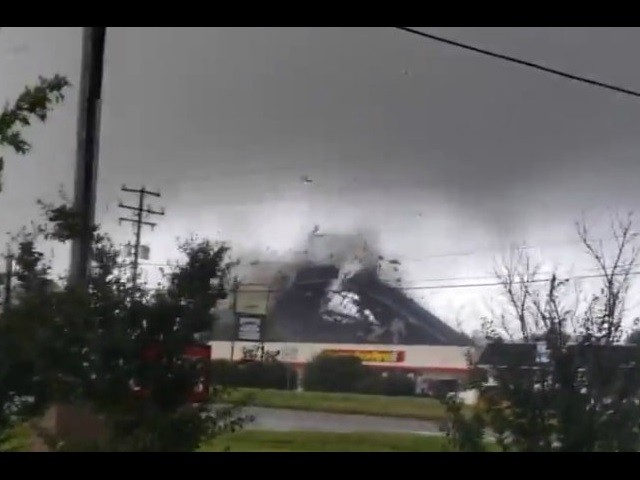 A video shared on Twitter by WeatherNation shows a funnel cloud touching down and destroying the roof of an auto parts warehouse outside Richmond, Virginia.

The resulting cataclysm for the store is intense, the video shows, as the entire roof of the building lifts into the sky and the air around the business becomes filled with flying debris while the cloud swirls around it.

The information, originally tweeted by ABC 13, identified the store as sitting on Hull Street in Midlothian, Virginia, a town just West of Richmond along Route 60.

According to authorities, one person who was in the building at the time was killed by the destructive funnel cloud. All other employees of the warehouse were accounted for and found safe.

We can confirm one fatality at the building collapse. All other employees accounted for. We transported one other minor injury to hospital.

The Old Dominion Floor warehouse on Hull street was totally destroyed by the tornado.