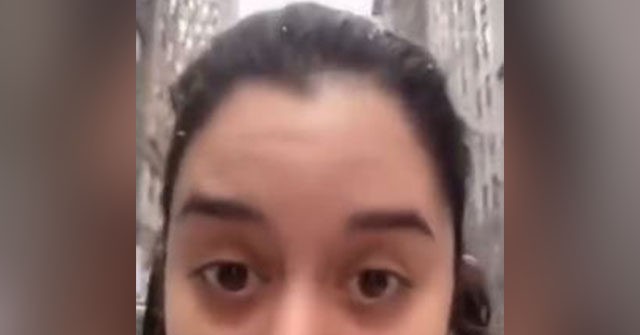 An actress in New York City lost her job from her theater company after complaining about road closures for slain Officer Jason Rivera’s funeral.

The online rant was swiftly deleted when it went viral online, the New York Post reported on Saturday.

“We do not need to shut down most of Lower Manhattan because one cop died for probably doing his job incorrectly. They kill people who are under 22 every single day for no good reason, and we don’t shut down the city for them,” said Jacqueline Guzman in the video on TikTok under the title @vinylboobs.

New York’s Fifth Avenue became a “sea of blue” on Friday as police officers came together to honor Rivera.

A sea of blue lined Fifth Avenue shoulder-to-shoulder with fellow first responders from around the country as we rendered a final salute to Detective Jason Rivera. With tears in our eyes we bid farewell and make a solemn vow to #NeverForget his legacy and sacrifice to this city.

“Rivera was one of two NYPD officers shot during a response to a domestic disturbance call on January 21, 2022. Twenty-two-year-old Rivera was killed by the suspect’s gunfire, and a second officer, 27-year-old Wilbert Mora, was left in critical condition and died on Tuesday,” the outlet said.

Tonight, we mourn the loss of a hero officer — a son, husband, and friend. Only 22 years old, Police Officer Jason…

Today, we mourn the loss of Police Officer Wilbert Mora. At 27-years-old, he was murdered in the line of duty — …

A Brooklyn officer described the clip as “totally disrespectful, not only to the NYPD but to all New York residents and to all humans. If this is the only way she can get publicity, I feel very sorry for her.”

Her acting company, Face to Face Films, made the recent announcement on its Facebook page:

Social media users praised the company’s decision, one person writing, “Thank you! for correcting this misguided young lady who has shamed herself solely. Something she will live with for every second of her life.”

“If she has an ounce of decency, she will make a public apology to those she offended and your company,” the person added.

Guzman’s profile on the Face to Face website, which was eventually taken down, said the woman is a Cuban American actress hailing from Hialeah, Florida, according to the Post.

Guzman had removed her social media profiles by late Saturday, the outlet said.