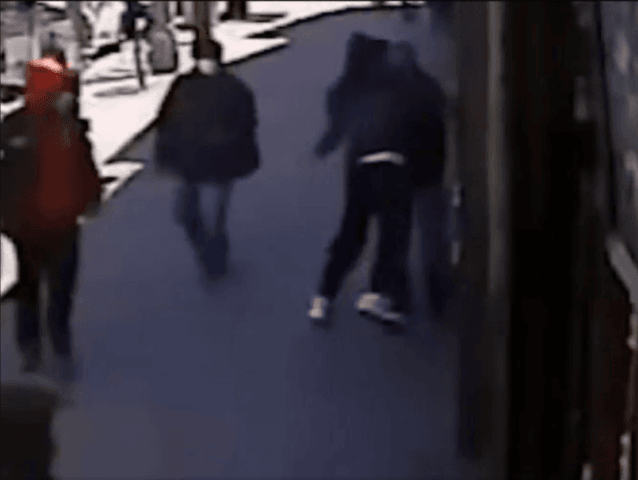 A 61-year-old man was randomly sucker-punched on a busy New York City street and knocked unconscious, according to a video.

The video obtained by WABC showed the victim walking through the Bronx on Monday around 11:45 a.m. when the suspect who was around the block approached him and punched him in the face.

The victim fell to the ground and was left unconscious.

Several bystanders were nearby at the time of the assault, and at least two are shown walking away, doing nothing to help.

The victim was transported to St. Barnabas Hospital to be treated for a cut on his lip and pain and swelling to his head. He is in stable condition.

The suspect fled on an MTA BX40 bus heading eastbound, the New York Post reported. He was still on the lam as of Saturday.

This latest attack comes as the New York Police Department (NYPD) is seeing an increase in unprovoked attacks.

Over the past week alone, a New York City subway rider allegedly beat a fellow passenger and a 65-year-old Asian-American woman was brutally attacked outside an apartment building in Midtown Manhattan.