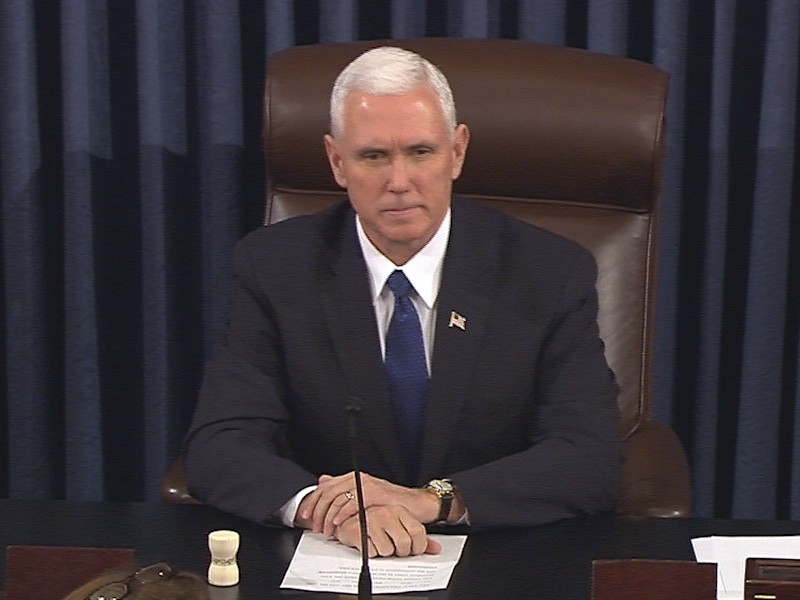 Vice President Mike Pence may have to cast the tie breaking vote on Saturday to confirm Judge Brett Kavanaugh as an associate justice of the Supreme Court, thanks to a key Republican defection in Friday’s cloture vote to end Senate debate.

Both Sens. Jeff Flake (R-AZ) and Susan Collins (R-ME), who were previously undecided, voted yes on cloture. However, neither has yet indicated whether he or she will vote to confirm Kavanaugh. (Collins will announce her vote at 3 p.m. ET.)

If both Flake and Collins vote no, then Brett Kavanaugh’s nomination will be defeated. Likewise, if Manchin votes against confirmation. But if Flake votes yes and Collins votes no, and both Murkoswki and Manchin stay in their respective columns, then there will be a 50-50 tie and the vice president will have to be called in to cast the deciding vote. If he does, it would be the first time in the history of the Supreme Court that a vice president has cast a deciding tiebreaker vote for confirmation.

Pence anticipated that he might have to do so nearly a month ago, well before Christine Blasey Ford’s uncorroborated claims of sexual assault had been launhed. He acknowledged, in a Sep. 9 interview with CBS News’ Face the Nation, that he could be called in to cast his vote. However, he said, “Well, we hope not. We’ll see where we are.”

Today, a majority in the Senate voted to advance the nomination of a good person & a great intellect to #SCOTUS – Judge Brett Kavanaugh. We are grateful to every Senator who voted aye. Now Judge Kavanaugh will get the final vote he deserves. It’s time to #ConfirmKavanaugh

Sen. Steve Daines (R-MT), who plans to be in Montana on Saturday to walk his daughter down the aisle at her wedding, will also have to be rushed back to Washington.