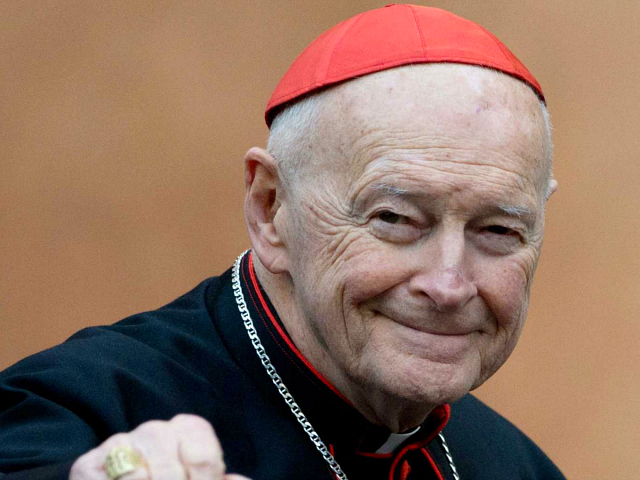 Papal adviser Cardinal Oscar Rodriguez Maradiaga said last week that Cardinal Theodore McCarrick’s serial sex abuse and the way the pope handled it is a “private matter” that should not be treated as a sensational story.

“Turning a private matter into a bombshell headline that explodes in the world and whose shrapnel does damage to the faith of many people does not seem right,” the Honduran cardinal said in reference to a recent report by the former papal nuncio to the United States.

“I think that a management issue ought to be aired with more serene and objective criteria, not in a negative tone charged with very bitter expressions,” said Maradiaga, who is often referred to as Francis’ “vice pope” because of his position of prominence in the Vatican and his unparalleled influence in the Francis pontificate.

The cardinal’s comments were made in reference to an August 25 report by Archbishop Carlo Maria Viganò, in which the former nuncio accused Pope Francis of rehabilitating Cardinal McCarrick and elevating him to a position of influence despite knowledge of his serial homosexual abuse over decades.

Archbishop Viganò said that he personally informed Francis in 2013 that Pope Benedict had imposed sanctions on McCarrick for his abuse and yet Francis lifted those sanctions and made McCarrick a consultor for the naming of American bishops.

Francis “continued to cover for him,” Viganò stated.

In past months, the 75-year-old Cardinal Maradiaga has had his own share of problems. He has faced a string of accusations involving financial mismanagement and embezzlement of funds, protecting a sexually abusive bishop, and covering up a homosexual “epidemic” in his diocesan seminary.

A letter signed by 48 seminarians and recently made public complains of widespread homosexual activity in the country’s major seminary, which has grown to the point of an “epidemic.”

One of the seminarians who signed the letter said homosexuality in the seminary “has proliferated in the past few years” because of an ongoing cover-up by Cardinal Maradiaga.

“The problem is that Cardinal Maradiaga is Pope Francis’s right hand. I think he has been lying to the Pope. The bishops here do not have power. They are afraid of the Cardinal, and too timid to make a decision,” the seminarian told the National Catholic Register.