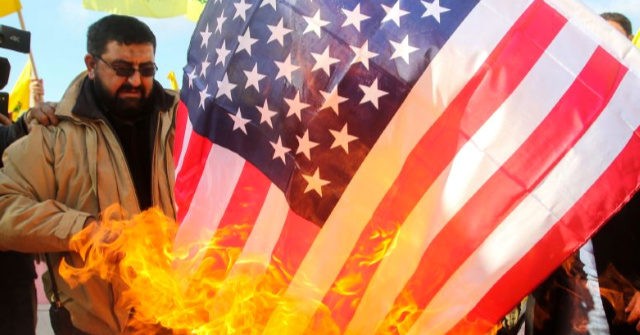 Vice magazine has published timely Fourth of July advice for its liberal-minded readers: “How to Celebrate the 4th of July When America Is a Constant Disappointment.”

The sub-headline reads: “If you feel like patriotism is morally repulsive right now, you’d be correct.”

The article, by Leila Ettachfini, which was published last week but is still circulating widely on social media today, informs readers that America’s failures did not begin with President Donald Trump. Rather, as the first line declares: “America has always been bad, no matter who the president is or was.”

Since Trump’s election, however, the qualities that make America particularly bad—racism, sexism, homophobia, the institutionalized manifestations of each of these, et cetera—have been emboldened, forcing many people to reckon with the ugly reality of their beloved USA. “This is not America,” I keep hearing. But the truth of the matter is that family separation, a disregardfor Black lives, homophobia, and every other incarnation of white male supremacy are exactly what America is made of.

The piece is not a satire. It includes advice for surviving the anniversary of American independence, including holding a Fourth of July event “focusing [on] a minority community you belong to” (who, the article presumes, might also dislike America) or purchasing party supplies ” from businesses owned and operated by indigenous people or other communities who face systemic disadvantages in the US.”
Ettachfini also suggests that, if the Fourth of July must be celebrated, then readers should focus on those fighting the system, including Rep. Alexandria Ocasio-Cortez (D-NY) — and that they should take heart by looking forward to “the next 28-year-old Latinx congresswoman from the Bronx who just last November was still a bartender.”