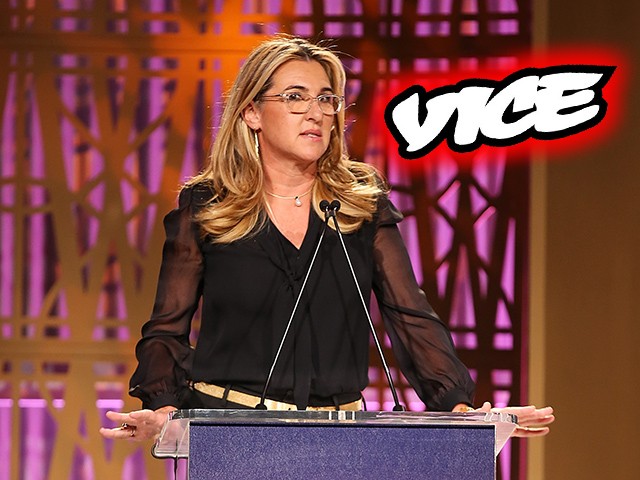 Vice Media CEO Nancy Dubuc announced to employees Friday morning that the news outlet will slash its headcount by 10 percent as part of a “strategic” restructuring.

A Vice Media spokesperson told The Hollywood Reporter that 250 of its 2500 staffers will be let go to refocus its growth efforts in production and branded content. Employees from departments, including finance and IT, are expected to be impacted by the decision.

“Having finalized the 2019 budget, our focus shifts to executing our goals and hitting our marks,” Dubuc (pictured) wrote in a company-wide memo. “We will make Vice the best manifestation of itself and cement its place long into the future.”

Dubuc, the former A+E chief, became CEO of Vice at the end of May, taking over for the company’s brash founder Shane Smith who announced in March that he would step back into the role of executive chairman. As the first outside CEO at the 25-year-old company, she is now tasked with helping it live up to the high expectations surrounding its $5.7 billion valuation and more than $1 billion in investments from the likes of Fox, Disney and TPG.

As part of the changes Dubuc laid out for staff on Friday, Vice will restructure its global workforce from one siloed by each international office into one built around its five business priorities going forward: film and TV production unit Studios, its international News team, the digital business, the TV operation fueled by Vice’s relationship with HBO and ad agency Virtue. Administrative or support functions like human resources, legal and business development will report into VIce’s Brooklyn headquarters or a regional hub.

In an October interview, Dubuc spoke in great length about management’s forthcoming plans to restructure Vice Media and would not rule out additional layoffs as being part of the strategy. The media outfit fired 60 staffers, which amounted to 2 percent of its workforce, in July 2017 after a $450 million investment by TPG.

Vice Media’s announcement comes as BuzzFeed and the Huffington Post are still reeling from layoffs of their own. BuzzFeed announced in late January that it was cutting 15 percent of its jobs, or roughly 200 people, to trim expenses and achieve profitability. CEO Jonah Peretti wrote employees that the layoffs will help the media organization avoid having to once again raise money from investors. Days prior, Verizon announced it was slashing roughly 800 positions as it reorganizes its trouble media unit. At least 15 unionized staffers at the Huffington Post — owned by Verizon — were let go from the digital website, which also saw its entire opinion section eliminated.