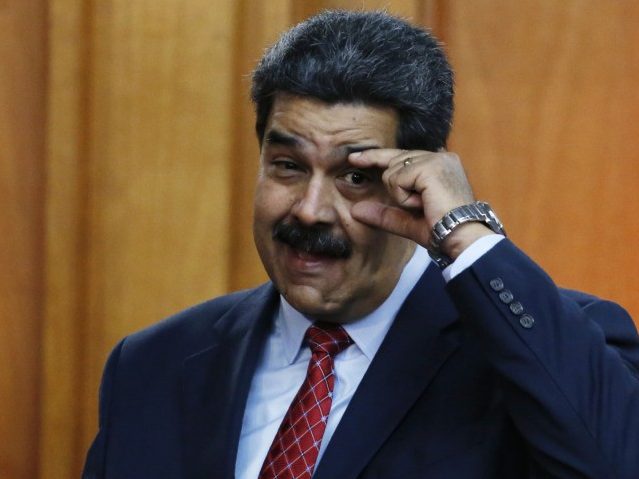 This week, the U.S. announced fresh sanctions against the Maduro regime blocking purchases of Venezuelan oil by American companies and freezing the assets of the state-owned company in the United States. In an interview with TASS, Venezuela’s Ambassador to Moscow Carlos Rafael Faria Tortos vowed to “embark on litigation in international courts over these crimes.”

“What has been done is robbery,” Tortosa said. “They froze the accounts and also the transactions of PDVSA. We have a large enterprise in Houston, in the United States, this is Citgo. In America, there are more than 10,000 gasoline stations, and all this has been a source of revenue for our state, but they have frozen all this.”

Perhaps surprisingly, Tortos admitted the vulnerability of his regime to such sanctions, explaining that they were concerned about the freezing of accounts that they “really need.” The U.S. intends to divert those funds to support opposition leader Juan Guaidó, who it recognizes as the country’s legitimate President.

“We worry about what they will do, but the problem is that they have frozen the accounts that we really need,” he explained. “The fact that they seized $1.2 bln in gold from the Bank of England fits this agenda. We will try to confirm at international courts that such actions are illegal.”

“It is very naive to believe that the U.S. government will make it possible to use this money to help our people or send this money so that Mr. Guaido would provide assistance to people,” he continued. “We know that this is not so. They have already proven this through the examples of Libya, Cuba and Iran and other countries. Tell me where are the funds of the Libyan people, which they stole, that’s $200 billion. We know that they stole this money.”

The latest round of sanctions is Washington’s latest efforts to increase pressure on the Maduro regime, which refuses to cede power to the legitimate President Juan Guaidó, appointed by the Venezuelan National Assembly as interim leader this month in an attempt to bring an end to the Maduro dictatorship. Countries around the world have since recognized his legitimacy, including the United States, the European Union, and a majority of Latin America.

Over the past two years, the Treasury Department has imposed multiple sanctions on the Venezuelan economy and senior regime officials, although they have so far proved ineffective in achieving their ultimate goal of comprehensive regime change. The Trump administration maintains that “all options are on the table,” raising speculation that they may eventually employ a military solution to bring an end to Latin America’s most pressing economic, political, and humanitarian crisis.