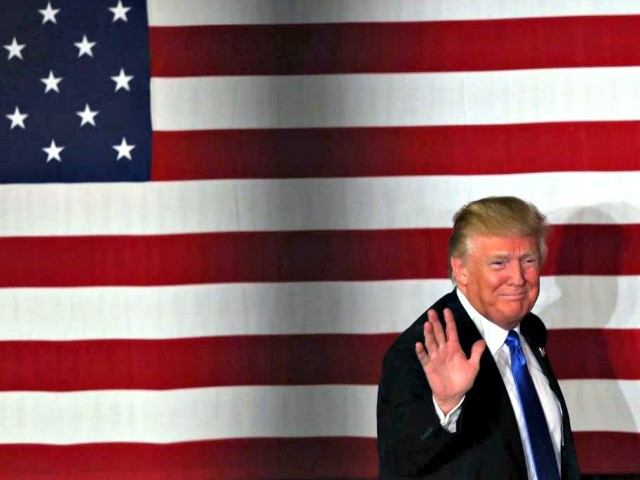 Venezuela’s foreign minister posted criticisms of President Donald Trump’s State of the Union Address during the speech on Twitter on Tuesday, accusing Trump of lying about the strong state of the U.S. economy.

“An economic miracle is taking place in the United States and the only thing that can stop it are foolish wars, politics or ridiculous partisan investigations,” Trump said during his address. “To build on our incredible economic success, one priority is paramount: reversing decades of calamitous trade policies.”

Foreign Minister Jorge Arreaza, who remains one of Nicolás Maduro most loyal socialist officials, took offense to claims that America was a thriving nation, responding by retweeting a rebuttal by the Bernie Sanders-affiliated Political Action Committee (PAC) “Our Revolution” referencing unsourced statistics about the average worker’s salary and overall financial security.

Here is the truth #TrumpLies https://t.co/dQfagikwh8

Arreaza notably did not refer to the state of the Venezuelan economy, considered among the world’s worst for its seven-figure inflation percentage and total collapse of its government infrastructure, the product of two decades of socialist rule.

During the address, Arreaza also attacked Trump’s use of the term “illegal alien,” describing it as an example of his “imperial arrogance.”

“@RealDonaldTrump can’t overcome his imperial arrogance and still uses the term ‘illegal alien,’” he wrote. “From Venezuela and all of Latin America we reply: No one is illegal. No one is an alien. #TrumpHandsOffVenezuela.”

.@realDonaldTrump can’t overcome his imperial arrogance and still uses the term “illegal alien”. From Venezuela and all of Latin America we reply: No one is illegal. No one is an alien. #TrumpHandsOffVenezuela

The 45-year-old also took issue with Trump’s criticisms of socialist ideology after the president revealed he was “alarmed by new calls to adopt socialism in our country.”

“America was founded on liberty and independence — not government coercion, domination, and control,” Trump said. “We are born free, and we will stay free. Tonight, we renew our resolve that America will never be a socialist country.”

“What @realdonaldtrump hides with his criticism of Socialism is a complete embrace for Fascism,” Arreaza responded. “Socialism is a struggle to build a world without war and in Venezuela, it is resistance and survival against imperialist greed for oil.”

What @realdonaldtrump hides with his criticism of Socialism is an complete embrace for Fascism. Socialism is a struggle to build a world without war and in Venezuela it is resistance and survival against imperialist greed for oil #TrumpHandsOffVenezuela #TrumpLies

Arreaza’s comments come as the Trump administration steps up its efforts to remove Venezuela’s socialist regime from power, backing opposition leader Juan Guaidó as the country’s legitimate president and imposing fresh sanctions on the country’s crucial oil industry. Trump reiterated his support for Guaidó and the Venezuelan people in his address Tuesday.

“We stand with the Venezuelan people in their noble quest for freedom — and we condemn the brutality of the Maduro regime, whose socialist policies have turned that nation from being the wealthiest in South America into a state of abject poverty and despair,” added Trump.

Maduro has attempted to argue that this support for democracy means the U.S. may employ a military solution to the crisis. Trump has repeatedly stated that “all options are on the table” to restore democracy in the South American country.