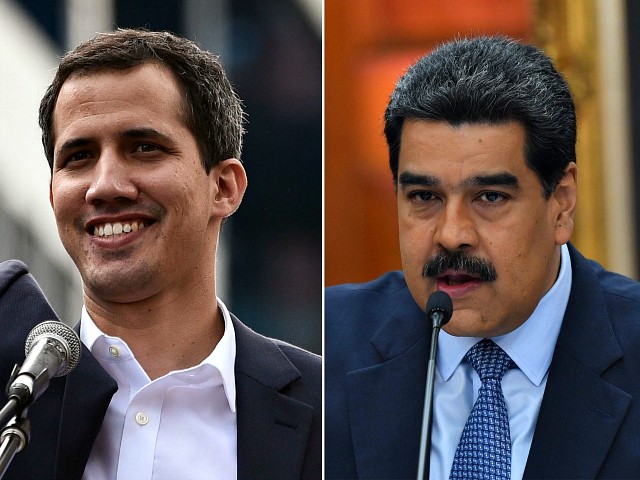 In a statement Tuesday afternoon, the regime’s attorney general Tarek William Saab unveiled a range of preliminary measures against Juan Guaidó, including the freezing of his bank accounts, seizing of his property, and a ban on him leaving the country.

“There is a citizen who has led all this action that is an impediment of the Venezuelan Constitution, we have ordered initial precautionary measures against Juan Guaidó,” Saab said. “The Supreme Court will today impose a range of measures including the prohibition of [Guaidó’s] exit from the country; of alienating and taxing movable and immovable property and the freezing of his bank accounts.”

Responding to the threats, White House National Security Adviser John Bolton warned that there would be “serious consequences” for those who harm Guaidó, without detailing what sort of consequences they may face. The United States sanctioned the nation’s most important industry on Monday by banning U.S. dealings with Petróleos de Venezuela (PDVSA), the state oil company.

“We denounce the illegitimate former Venezuelan Attorney General’s threats against President Juan Guaidó,” Bolton wrote. “Let me reiterate – there will be serious consequences for those who attempt to subvert democracy and harm Guaidó.”

We denounce the illegitimate former Venezuelan Attorney General’s threats against President Juan Guaido. Let me reiterate – there will be serious consequences for those who attempt to subvert democracy and harm Guaido.

Guaidó responded by saying he was not surprised by the measures and described them as part of a series of “threats” against himself and other prominent opposition leaders.

“More than a new threat against me, against this parliament, against the acting president of this republic, there’s nothing new,” he told reporters on Tuesday. “I’m not dismissing the threats, the persecution at this time, but we’re here, we’re continuing to do our jobs.”

Fears over Guaidó’s safety have grown in recent weeks after the 35-year-old progressive was appointed as Venezuela’s interim leader by the National Assembly. His presidency now recognized by dozens of countries around the world. His appointment was primarily a response to Maduro extending his presidential term for a further six years, after rigging last year’s presidential election by banning opposition candidates.

Speaking at a rally this weekend, senior official Diosdado Cabello said that the regime would not move against Guaidó, instead claiming that his security is under threat by the United States.

“The only ones responsible for the security of the deputy of the National Assembly in contempt, Juan Guaidó, is the U.S. Embassy itself,” he said. “If there is someone responsible for what happens to that gentleman or other leaders, it is imperialism itself that has its plans. It is the false narrative they want to create.”