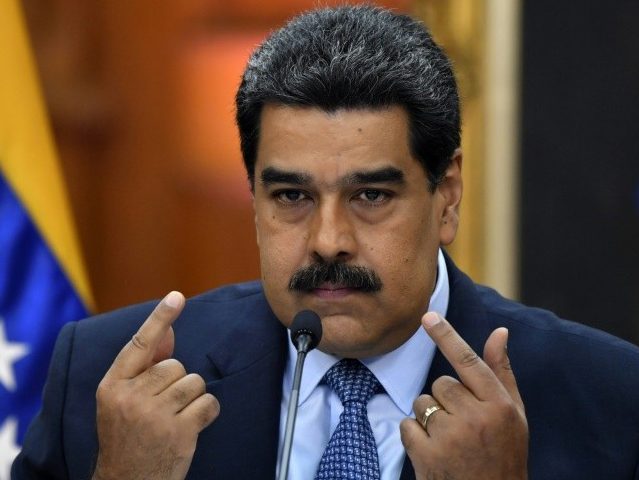 Socialist authorities in Venezuela began cutting off citizens’ access to social media this week in what is likely an attempt to stop any groundswell of support for the country’s legitimate President Juan Guaidó.

According to the internet watchdog group NetBlocks, regime officials managed to block access to the Twitter video streaming service Periscope for 12 minutes as Guaidó broadcast a live address to the nation. The state communications provider CANTV last week managed to pull platforms such as Facebook and YouTube offline during widespread anti-Maduro street protests.

The use of social media platforms has proven a vital tool for Venezuela’s opposition to organize itself against the Maduro regime as word of anti-Maduro demonstrations can spread quickly across the country.

Guaidó himself has already amassed over a million Twitter followers since he was appointed the country’s interim president this month, while all of his speeches and press conferences are viewed widely on Facebook, Periscope, and YouTube as they are unavailable on state-run radio and television.

It is not the first time that the Maduro regime has expressed concern over the influence of social media platforms. In 2017, Maduro accused Facebook and Twitter of waging a “war” against his regime.

“They are using methods to reduce my following so fewer people see my videos,” he claimed at the time. “I have a right to defend myself. This is a new war, and I denounce it.”

As part of the regime’s crackdown, Vice President Delcy Rodriguez announced plans to regulate social media companies, claiming that they were being used by private companies to wage a “psychological war” against socialist ideology.

“We will not allow for the repetition of what happened to Rwanda in Venezuela, when over 800,000 lost their lives thanks to hate messages on local radio,” she asserted, adding that the new rules “will avoid the proliferation of messages calling for hate, intolerance, and war.”

The Rwandan genocide of the 1990s occurred in part due to constant radio broadcasts in which Hutu extremists urged fellow tribesmen to kill Tutsi Rwandans, referring to them as “cockroaches” and claiming the Tutsis had historically oppressed the Hutus. Unlike Rwanda, Venezuela does not have a similarly deep ethnic divide; it is instead home to a diverse population of black, white, and indigenous citizens.

The Maduro regime’s war against social media companies is not unique to it. Under the leadership of the late Hugo Chávez, private media companies were repeatedly the subject of efforts to stifle the spreading of information amid fears that they would undermine the success of “Bolivarian Revolution.” By the time he died in 2013, Chávez had successfully shut down dozens of private radio and TV stations deemed overly critical of his presidency.