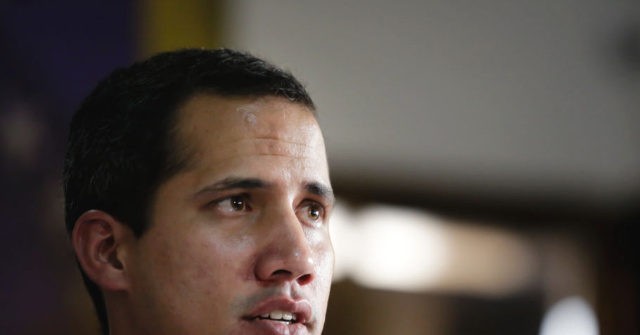 Venezuelan President Juan Guaidó appears to have given up on formal negotiations with dictator Nicolás Maduro, confirming on Tuesday that his representatives have no current plans to attend further talks in Oslo, Norway.

Speaking to reporters outside the Federal Legislative Palace building in Caracas, the legitimate president dismissed rumors that his representatives intended to hold further talks.

“There is never going to be a good moment to mediate … with kidnappers, human rights violators, and a dictatorship,” he told reporters. “We are facing a deadly dictatorship.”

The 35-year-old added that there had been “no official statement that we would attend a new round” of talks in the Norwegian capital and that they would only return to the negotiating table once they agreed on the mutual aim of “facilitating the cessation of the usurpation.”

Maduro feigned ignorance of Guaidó’s refusal, insisting on state television Tuesday that his regime was “committed to the Norway dialogue” and that the talks were aimed at creating “a permanent table for dialogue and solutions.”

“I would like to reaffirm the government’s readiness for the dialogue in Norway, aimed at creating a permanent mechanism for talks and search for solutions,” he declared. “This is the goal and I can say that the process is developing in a good manner … There will be positive news in the coming weeks about how well the contact, negotiation, and pre-agreement processes are going.”

Previous talks in Norway ended without any agreement, with Guaidó claiming the regime rejected his demands for the “end of the usurpation, a transition government, and free elections” as the only way to bring about an end to the country’s ongoing political, economic, and humanitarian crisis.

“The meeting ended without agreement. We have insisted that mediation will be useful for Venezuela so long as there are elements that allow the advance towards a true solution,” Guaidó said at the time. “Therefore, we remain in the struggle until we resolve the crisis all Venezuelans suffer. Thus, the process does not deter efforts through all constitutional avenues.”

Guaidó’s willingness to engage in dialogue with the socialist regime came as a major disappointment to the majority of his supporters, many of whom believed he was capable of toppling Maduro, seizing the reins of government, and instigating a transition to democracy in the crisis-stricken country.

A nationwide poll taken in May found that 87.6 percent of Venezuelans opposed all forms of dialogue with the regime, while just over ten percent of respondents said they were in favor of talks, many of whom would have been supporters of Maduro.

As noted by Reuters this week, many Venezuelans are losing patience with Guaidó over his failure to remove Maduro from power. In April, he appeared to offer hope after announcing that some members of the military had agreed to join the international community in recognizing Guaidó as the country’s legitimate president, although the effort soon fizzled out after it became clear that high-ranking military officials were not willing to renounce their loyalty to the Maduro regime.