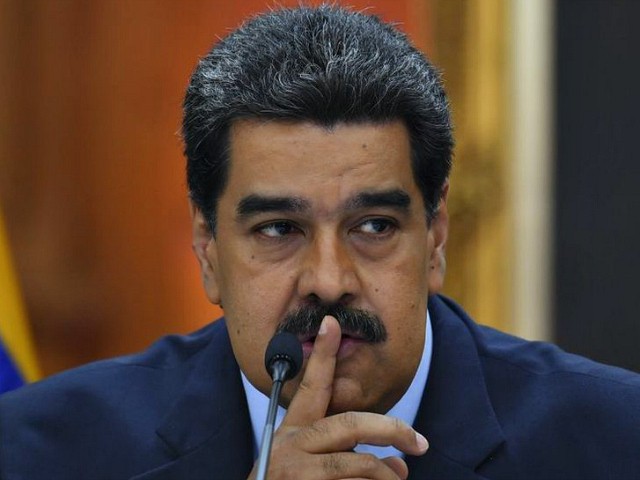 The gangs, known as colectivos, began patrolling parts of western Caracas this week ahead of Thursday’s inauguration, shouting slogans in favor of Maduro and the country’s “Bolivarian Revolution,” wearing masks, and firing their weapons in the air.

At one point, they were reportedly heard railing against the newly appointed president of the National Assembly, Juan Guaidó, describing him as a “treacherous deputy.” The rally ended at the Cuartel de la Montaña, where the late socialist Hugo Chávez’s tomb is kept.

According to the group’s leader Jorge Navas, members of the opposition are “following U.S. orders to destabilize the country, overthrow Maduro and put an end to the revolution,” and therefore those that have “the balls to defend the revolution with a rifle must show their faces.” The group says its members will patrol the streets on Thursday to ensure that Maduro’s inauguration for another five-year term passes without disruption.

Colectivos have long formed an essential part of the Chavistas strategy, using violence and intimidation to control impoverished communities and ensure their loyalty to the regime. Some of their crimes include attacking opposition lawmakers, storming and shutting down services at Catholic Churches, harassing journalists, and generally demanding loyalty from those dependent on government rationing for survival.

Maduro will assume another five-year term after successfully rigging last year’s presidential election in his favor by banning opposition candidates from running and manipulating ballots. The election experienced record low turnout thanks to an opposition boycott.

Dozens of Latin American nations have confirmed they will not recognize Maduro as the country’s president and have consequently urged him to cede power to the opposition-controlled congress until free and fair elections are held.

“Only through the full restoration, as soon as possible, of democracy and respect for human rights is it possible to resolve the country’s political, economic, social and humanitarian crisis,” the Lima Group, which was set up with the aim of removing Maduro from power, said in a statement last week.