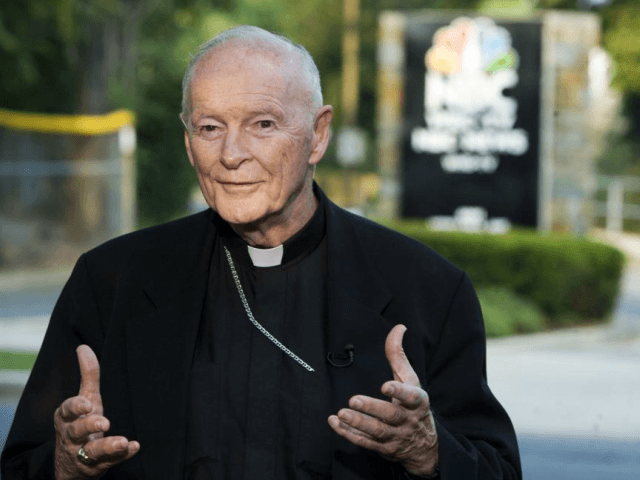 The former papal nuncio to the United States published a second statement Thursday reiterating his accusation that Pope Francis knew of the serial homosexual abuse of Cardinal Theodore McCarrick at least since 2013 yet made him “one of his principal agents in governing the Church.”

The former nuncio, Archbishop Carlo Maria Viganò, published his original bombshell report on August 25, which included a series of allegations of grave mishandling of clerical sex abuse by high ranking Church officials, including the pope.

“Neither the pope, nor any of the cardinals in Rome have denied the facts I asserted in my testimony,” Viganò wrote Thursday in his 4-page memo, adding the Latin legal dictum that silence implies consent.

Shortly after the release of Viganò’s original report, in fact, journalists asked the pope whether the allegations were true and he refused to confirm or deny them. He has since dodged any further questions on the issue as well as denying a request by the U.S. Bishops to open a Vatican investigation into the McCarrick case.

“The center of my testimony was that since at least June 23, 2013, the pope knew from me how perverse and evil McCarrick was in his intentions and actions,” Viganò asserts, “and instead of taking the measures that every good pastor would have taken, the pope made McCarrick one of his principal agents in governing the Church, in regard to the United States, the Curia, and even China, as we are seeing these days with great concern and anxiety for that martyr Church.”

Although this was the central charge, the archbishop notes that it was not the only one, adding that “the pope’s cover-up of McCarrick was clearly not an isolated mistake.”

“Many more instances have recently been documented in the press, showing that Pope Francis has defended homosexual clergy who committed serious sexual abuses against minors or adults,” Viganò alleges.

“These include his role in the case of Fr. Julio Grassi in Buenos Aires, his reinstatement of Fr. Mauro Inzoli after Pope Benedict had removed him from ministry (until he went to prison, at which point Pope Francis laicized him), and his halting of the investigation of sex abuse allegations against Cardinal Cormac Murphy O’Connor,” he said.

Viganò also urges his former colleague Cardinal Marc Ouellet to come forward with evidence that what he says is true.

“Your Eminence, before I left for Washington, you were the one who told me of Pope Benedict’s sanctions on McCarrick,” Viganò writes. “You have at your complete disposal key documents incriminating McCarrick and many in the curia for their cover-ups. Your Eminence, I urge you to bear witness to the truth.”

Although Pope Francis has said he will not respond to these allegation, pressure is mounting for him to say something. After having frequently called for transparency and accountability, the pope is now facing appeals for him to practice what he has been preaching.