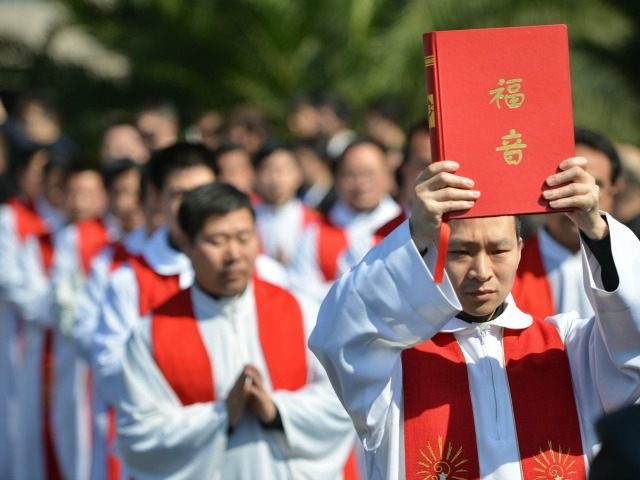 ROME — The Vatican has extended its controversial 2018 agreement with the Chinese Communist Party (CCP) regarding the naming of Catholic bishops in the country.

In a communiqué Thursday, the Holy See Press Office announced that “the two Parties have agreed to extend the experimental implementation phase of the Provisional Agreement for another two years.”

“The Holy See considers the initial application of the Agreement – which is of great ecclesial and pastoral value – to have been positive,” the statement declared. “Thanks to good communication and cooperation between the Parties on the matters agreed upon, and intends to pursue an open and constructive dialogue for the benefit of the life of the Catholic Church and the good of Chinese people.”

The original agreement was “secret” and the details of the accord were never made public. Thursday’s announcement added no new information regarding exactly how much authority the Vatican has yielded to the CCP in the naming of bishops.

Critics of the agreement have noted that persecution of religious believers in China has not lessened since the original signing of the accord in 2018, but has intensified.

Moreover, many members of the underground Catholic Church in China, which has remained faithful to Rome despite the sufferings it has entailed, feel that the Vatican has abandoned them in their struggle to stay true to the gospel in a hostile, officially atheist nation.

A U.S. government report stated that the persecution of Catholics has worsened in China since the Vatican signed a provisional deal with the Communist Party regarding the naming of bishops.

In January 2020, the bipartisan Congressional-Executive Commission on China (CECC) released its annual report on human rights and the rule of law in China, which revealed an overall deterioration of religious liberty in China over the prior year.

“In September 2018, the Chinese Ministry of Foreign Affairs signed an agreement with the Holy See, paving the way for the unification of state-sanctioned and underground Catholic communities,” the report stated. “Subsequently, local Chinese authorities subjected Catholic believers in China to increased persecution by demolishing churches, removing crosses, and continuing to detain underground clergy.”

“The Party-led Catholic national religious organizations also published a plan to ‘sinicize’ Catholicism in China,” the report continued, referring to the stated aim of the Chinese Communist Party (CCP) of forcing all religions to conform their teachings and practices to the tenets of Chinese socialism.

Chinese Communist Party General Secretary Xi Jinping has doubled down on the “sinicization” of religion, the report’s executive summary noted. “Scholars and international rights groups have described religious persecution in China over the last year to be of an intensity not seen since the Cultural Revolution,” it said.

While a representative of the Holy See stated that the aim of the agreement was “for Chinese Catholic believers to have bishops recognized by both the Holy See and Chinese authorities,” the report noted that “observers noted that the Chinese government was likely seeking to increase its control over the underground community.”

China has taken advantage of the Vatican deal by cracking down on the underground Church ever since the Holy See softened its opposition to the state-controlled Catholic Patriotic Association, allowing believers to join despite its total independence from Rome.

The report concluded that the situation of Catholics in China is now worse than it was before the Vatican signed its 2018 accord with the CCP.

“Observers and Catholic believers expressed concern that the agreement did not provide sufficient support for the Chinese Catholic community, with one scholar pointing out that the authorities’ persecution of both underground and official Catholic communities has actually intensified over the last year under the ‘‘sinicization’’ campaign,” it read.