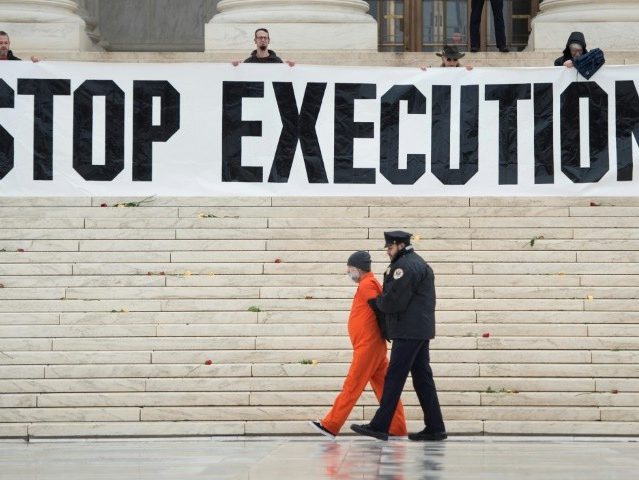 The Vatican’s foreign minister said that capital punishment may never be considered a form of legitimate defense Wednesday, adding that it constitutes “cruel and degrading treatment.”

Archbishop Paul Richard Gallagher, the Vatican Secretary for Relations with States, said that the death penalty “is never justified as a hypothesis of legitimate defense,” in his address at a conference at the Italian parliament on “A World Without the Death Penalty.”

The meeting, which was attended by Ministers of Justice from 25 countries, was organized by the Community of Sant’Egidio.

Saint John Paul II had taught that the only way that capital punishment could be justified was under the principle of legitimate defense. In his 1995 encyclical letter Evangelium Vitae, John Paul wrote that legitimate defense “can be not only a right but a grave duty for someone responsible for another’s life, the common good of the family or of the State.”

“This is the context in which to place the problem of the death penalty,” he wrote, while recognizing that “there is a growing tendency, both in the Church and in civil society, to demand that it be applied in a very limited way or even that it be abolished completely.”

Until last August, the Catechism of the Catholic Church taught that the Church does not exclude recourse to the death penalty, “when this is the only practicable way to defend the lives of human beings effectively against the aggressor.”

On August 2, the Holy See published an amended version of the Catechism’s treatment of capital punishment as requested by Pope Francis. It now reads that the Catholic Church teaches, “in the light of the Gospel, that the death penalty is inadmissible because it is an attack on the inviolability and dignity of the person and she works with determination for its abolition worldwide.”

In his address Wednesday, Archbishop Gallagher said that capital punishment appears as “contrary to the meaning of ‘humanitas’ and of mercy,” adding that “the increase in the number of countries supporting a moratorium is a sign of the development of awareness that this instrument can be replaced by more effective and less brutal means.”

While the death penalty has long been regarded as an extreme but legitimate means to protect the common good, Gallagher said, over the years there has been “a positive development of the thought of the Catholic Church.”

“Respect for the dignity of every person and the common good are the pillars on which the Holy See has developed its position,” he said.

The Holy See “is committed to the abolition of the death penalty and this commitment is made concrete in bilateral talks, in interventions in national and international forums, in world congresses, such as the one to be held in Brussels February,” he said.