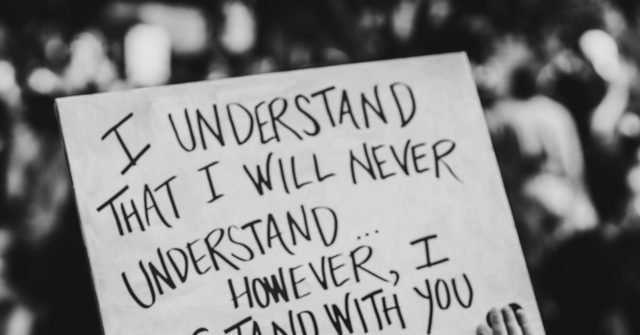 ROME — The Vatican’s Secretary of State decried the intolerance of “political correctness” Wednesday as an insidious attack on religious freedom present in many Western democracies.

“Attacks on religious freedom are often driven by fear and ideology,” stated Cardinal Pietro Parolin at a Rome conference on religious liberty organized by the U.S. Embassy to the Holy See and attended by U.S. Secretary of State Mike Pompeo.

One example of this would be “totalitarian regimes that use power to impose draconian restrictions, as witnessed, for example, in countries where the practice of certain religious traditions is prohibited and ‘minorities’ are actively persecuted,” Cardinal Parolin declared.

Yet another, more subtle form of persecution comes from “the intolerant voices of the politically correct that silence and condemn those religious beliefs, traditions and practices that clash with their progressive ideology, labeling them as ‘hateful’ and ‘intolerant,’” the cardinal said.

“It is time that we reflect more seriously about the root of ‘intolerance’ in such situations and, in particular, the shrinking public space for dialogue for and with those that practice their beliefs openly,” Parolin continued.

“Indeed, the degree of respect for freedom of religion in the public sphere is a clear indicator of the health of any society,” he added, “and, it follows, therefore, that it is also a ‘litmus test’ for the level of respect that exists for all other fundamental human rights as well.”

In his address, Cardinal Parolin said that the protection and promotion of the freedom of religion is “a hallmark of the diplomatic activity of the Holy See.”

He also stated that, according to Catholic teaching, this “fundamental human right, together with the inviolable right to life, forms the indispensable and solid foundation for numerous other human rights.”

The Catholic Church singles out the right to life and the right of religious freedom as two distinctly important rights, since they form the basis for all other rights.

As Pope John Paul II wrote, religious freedom is “a cornerstone of the structure of human rights, and for this reason an irreplaceable factor in the good of individuals and of the whole of society, as well as of the personal fulfilment of each individual,” noting elsewhere that the right to religious freedom “is increasingly perceived as the foundation of the cumulative rights of the person.”

In a similar way, John Paul wrote that the right to life is “the first of the fundamental rights,” observing that it is “impossible to further the common good without acknowledging and defending the right to life, upon which all the other inalienable rights of individuals are founded and from which they develop.”

In his words Wednesday, Cardinal Parolin also spoke of the link between religious freedom and freedom of conscience, saying that “sadly, we are witnessing a growing number of examples where this freedom is being violated, even forcefully so by civil legislation, which effectively amounts to an attack on the dignity of the human person.”

Modern threats to religious liberty include “physical oppression, persecution and ideological imposition,” the cardinal stated, but also “the denying of man’s very nature.”