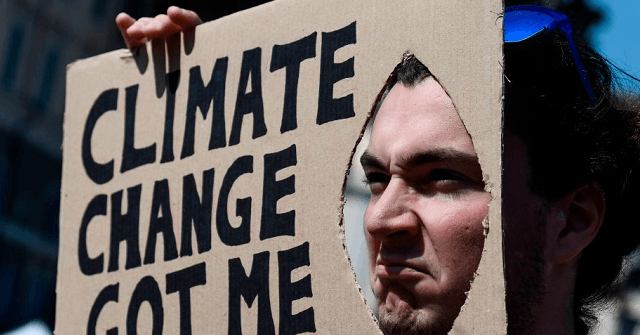 ROME — The head of the Vatican’s Department for Human Development has warned of disastrous consequences if the world does not unite behind a more ambitious battle against climate change.

Speaking at a webinar Wednesday in preparation for a December 12 “climate ambition summit” to mark the fifth anniversary of the Paris Climate Accord, Vatican Cardinal Peter Turkson urged greater attention to the Paris goals, because “we are heading towards a global temperature rise of three degrees.”

The webinar, titled “Faith, Science, Youth: A Call for an Ambitious Climate Summit,” was organized by the Vatican COVID-19 Commission, which is also headed by Cardinal Turkson, and included several participants, including the noted German climate alarmist Hans Joachim Schellnhuber, who famously predicted a 50-meter rise in global sea level by 2500 due to the melting of both the Greenland and Antarctic Ice Sheets.

In its preparatory document for the webinar, the Vatican team lamented the lack of initiative and commitment around the Paris climate goals but expressed hope that a Biden presidency might inject new life into the flagging accord after President Trump withdrew the U.S. from the deal in 2017.

Since the launch of the Paris Accord in 2015, “our planet and people have been increasingly sick together,” Cardinal Turkson declared Wednesday, while reiterating Pope Francis’ call for an “ecological conversion.”

The cardinal said that over the past five years the Vatican has engaged in energy transition meetings with oil and gas companies, gatherings of indigenous peoples who are guardians of rainforests, and meetings with representatives of bishops’ conferences and other Church organs to find a sustainable path for the future.

WOKE POPE: The Vatican suggested Thursday that a Biden presidency might inject new life into the stagnant Paris Climate Accord. https://t.co/PZ6dNF7MB2

Turkson said that the Vatican has also pushed social impact investing as well as greening initiatives such as the planting of trees to mark celebrations and the adoption of simpler lifestyles.

Reacting to complaints that local Church leaders are not following the Vatican’s “prophetic” lead in prioritizing the war on climate change, Turkson assured that “when the leader speaks, the others will follow” while also acknowledging that there can be a “disconnect between head and body.”

For his part, Schellnhuber urged the Catholic Church to abandon the use of cement in the construction of its church buildings, turning them instead into global carbon sinks by using organic materials in line with nature.

Schellnhuber — one of the chief architects of the great global warming scare and a population control advocate who claims that the earth has a “carrying capacity” of just one billion people — urged the Church to promote solar power and be wary of the idea that nuclear power can combat climate change.

“The most powerful nuclear fusion is the sun, so don’t build less reliable sources but harvest the sun,” he said. Employ this natural gift “rather than trying to create the sun on Earth.”

According to a recent report, the average mean temperature in the continental United States over the 20-year period from 1998 to 2019 has shown no consistent warming trend but have remained relatively stable.

The same report found that that average sea levels are not increasing dangerously, despite hysterical speculation to the contrary. According to a broad scientific consensus based on satellite laser altimeter readings since 1993, the rate of increase in overall sea levels has only been 0.12 inches per year.

If this trend continues, the average sea level nine years from in 2029 will be approximately one inch higher than it is today and by 2100 average ocean levels will be only a foot or so higher than they are at present.