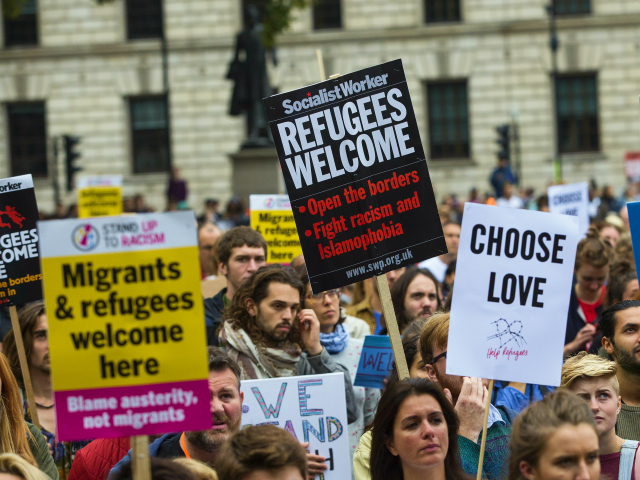 The vast majority of Brits think the government lies about immigration and a significant number say multiculturalism has undermined British culture and migrants do not integrate, research by pro-mass migration groups has found.

The study, one of the broadest conducted in the UK into people’s attitudes to immigration, found just 15 percent of respondents feel ministers have managed it competently and fairly and only 17 percent trust the government to be honest on the topic.

In fact, more than a quarter of people believe MPs never tell the truth about immigration and half the population wants the number of low-skilled workers coming into Britain from the EU slashed.

More than half, 52 percent, say that public services are under strain as a result of immigration and the same number believe migrants are willing to work for less, putting jobs at risk and lowering wages.

The study was based on a survey of 3,667 adults carried out in June by ICM, as well as 60 citizens’ panels carried out on behalf of the thinktank British Future and the extreme left wing “anti-fascist” group HOPE Not Hate.

One in three babies born in England and Wales had at least one foreign parent. https://t.co/7gLoXHFhXP

“The current immigration system does not command public trust and support,” the report says, adding:

“Leaving the EU presents an opportunity to reform Britain’s immigration policy: to address public concerns about immigration and put in place a system that works for employers, is fair to migrants and receiving communities and commands public trust and support.”

“There is little trust in the Government’s ability to manage immigration, and in the government more broadly,” HOPE Not Hate, which has received funding from pro-open borders billionaire George Soros, wrote.

“Our conversations were often about much more than immigration, and building a consensus will require addressing these wider drivers of hostility.

“Our conversations were often about more than immigration alone, but also about opportunity, about identity and about hope. Immigration policy cannot operate in isolation from other policy areas, such as housing and education.”

The study found that people in large cities were the most positive about immigration and its effects, with people becoming more negative in smaller settlements, with rural residents the least positive.