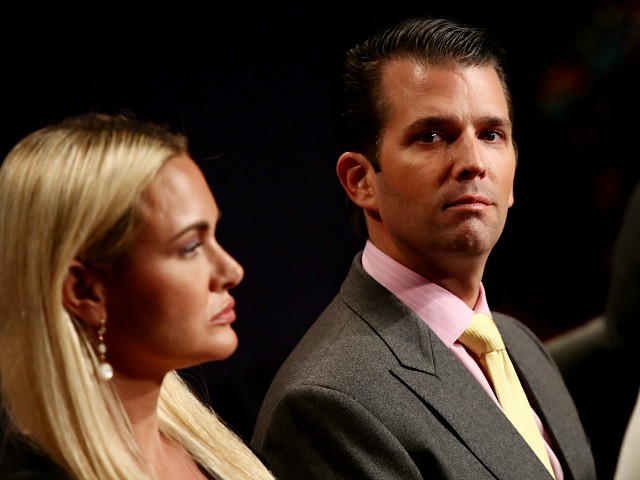 For the first time ever, Vanessa Trump is describing the time she opened a letter intended for her then-husband Donald Trump Jr., which contained a white powder.

Trump began her statement to Axios by thanking law enforcement officials for a quick investigation and apprehension.

“Let me start by applauding law enforcement for swiftly catching one of the alleged perpetrators behind these recent acts of terrorism. I hope that he and anyone else who had any involvement in these grotesque attacks are prosecuted to the fullest extent of the law.”

Trump compares the latest acts of political violence to that which she suffered in February.

“This is personal for me because I know firsthand what it is like to be targeted and terrorized by a coward with a vendetta,” said Trump in her statement to Axios. “Back in February I opened an envelope intended for my husband Don, which covered my face, hands and clothing in white powder and left me terrified.”

Trump explains that she was immediately evaluated after being exposed to the white powder.

“I was rushed to the hospital, evaluated and put on Cipro for the longest two weeks of my life,” said Trump. “While they worked to identify whether the white powder was deadly, I spent the entire time thinking about the horrifying possibility that I would never see my five beautiful children again.”

She explains that she still has difficulty opening the mail.

“It was a cowardly act against a mother. And even today, every time I open the mail, I feel the same fear in my heart as I did that day. These recent acts are the acts of a coward and nothing more than terrorism, pure and simple. No one, regardless of political party or ideology, should ever have to go through what I went through.”

Frisiello pleaded guilty to 13 counts of mailing a threat to injure the person of another and six counts of false information and hoaxes.

Much of the left-wing material he shared can be viewed here.