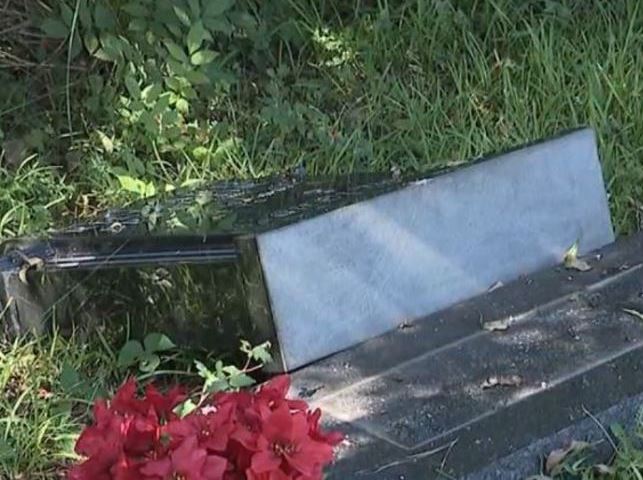 Police say they are investigating widespread damage caused by alleged vandalism at a small Jewish cemetery in southeast Texas, discovered on Monday, two days after the deadly massacre at a Pittsburgh synagogue.

Vandals toppled headstones and ripped permanently affixed vases off from their bases at the Hebrew Rest Cemetery located in Orange, according to KFDM. Groundskeeper Mark Lemoine found the destruction on Monday.

“It made me feel sad,” said Lemoine, adding “people should not do things like that.”

Orange Mayor Larry Spears, Jr., assessed the damages on Monday afternoon, even trying to help lift up the heavy headstones knocked down in its inhabitants’ final resting places. “We are definitely going to try to find out what happened and how it happened as soon as possible,” he told KFDM.

Spears said that whoever committed this crime does not represent the way people feel in the port city that runs along the Texas-Louisiana border and is part of the Beaumont-Port Arthur Metropolitan Statistical Area.

“We have a diverse community and I feel like it’s one of our biggest strengths.” said Spears, who said hate will not be tolerated in the city. “We have to respect one another, to love one another.”

The mayor also apologized to the Jewish families affected by the senseless destruction. “From the bottom of my heart, I do want to apologize because this should never happen to anyone,” said Spears.

He indicated that Orange police were handling this as a case of vandalism and criminal mischief.

Given Saturday’s massacre at the Tree of Life Congregation’s synagogue in Pittsburgh, which left 11 dead and six injured, Orange officials were concerned that someone may have targeted the Jewish cemetery.

Detective Captain Robert Enmon told KOGT News Radio that investigators do not know exactly when the vandalism occurred even though it was discovered by Lemoine on Monday. Officers hope to learn more from viewing the cemetery’s surveillance video. For now, the Orange Police Department has no suspects or motive; officers asked for help from the public.

Enmon said the vandals had to have climbed over or crawled under the cemetery’s fence as the Hebrew Rest Cemetery’s gate was locked.

The cemetery has been a fixture in Orange for more than 100 years. It is located in a somewhat secluded section of the city, although the cemetery is visible from the street. The gate is kept locked always and access is only possible by contacting the property’s caretaker, according to Texas Genealogy Trails.

Orange had a prominent Jewish community during the late 19th Century and into the 20th Century, some pioneers and others, who emigrated from Europe, according to KOGT. They never built a synagogue but established the Hebrew Rest Cemetery in 1907. The thriving town elected Jewish businessman Abe Sokolski as its mayor in 1940. He is buried in the cemetery.

The Orange County Historical Commission was in the process of getting a Texas Historical Market to honor the early Jewish settlers when the groundskeeper discovered the vandalized headstones and vases crumbled and strewn throughout the cemetery.

This story continues to develop.