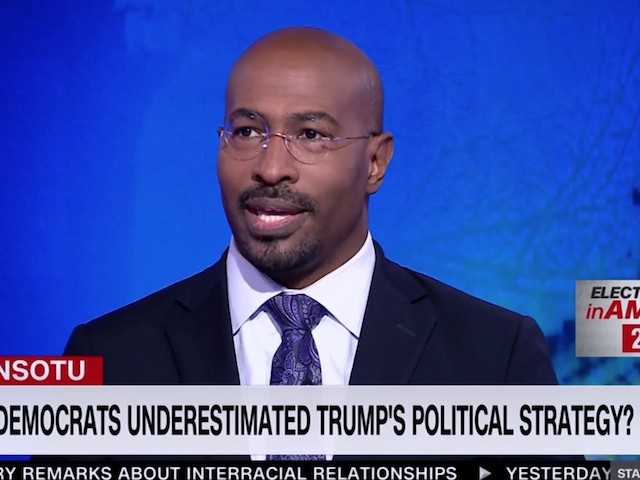 Sunday on CNN’s “State of the Union,” former Obama administration green jobs czar and network contributor Van Jones compared President Donald Trump to an A-student who is selling illegal drugs out of his basement.

Discussing how the good economy might affect the midterm election, Jones said, “I think Republicans have to kook in the mirror here. If you have a kid with A’s and B’s on their report card, doing well on trumpet lessons but is also happened to be selling meth out of the basement you would say ‘Hold on a second, I can’t just talk about the good stuff I got a problem with this kid.’”

“You already got your tax cuts,” he continued. “You already got your Supreme Court. You have to look in the mirror and look at the rhetoric and the tone that this president is setting and the poisonous division and hatred he is stirring up. This past couple of weeks where he was going after the migrants in a way that was despicable, you can’t say there is nothing wrong here.”