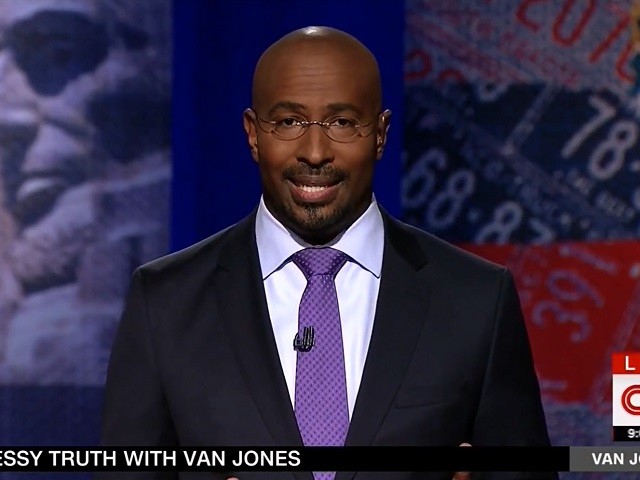 On Friday’s “CNN Newsroom,” CNN host Van Jones stated President Trump shouldn’t be held responsible for the mail bombs, but rhetoric “can set certain people off, and we all need to be more responsible with our rhetoric.”

Jones said, “I think the president is not to be held responsible for anybody who does stuff like this. You can’t control what your followers do, but it can set certain people off, and we all need to be more responsible with our rhetoric. We don’t know who’s listening when we’re blowing off this steam, saying CNN sucks, CNN sucks. Well, somebody may take that seriously and someone here could have been hurt. Not — you know, again, it’s not the president’s fault. There’s a lot of hot rhetoric on all sides, but we need to start to tone this stuff down, reign it in so, that there’s less room for people to feel that they have license to do this kind of thing.”

Jones added that loves when the president “goes off of teleprompter and says something from his heart that is actually good. It has happened. He’s done that on criminal justice sometimes. But he could have done that a lot more on this time. And listen — and it’s not over. I mean, we’re going to have days and days more coverage. There’s plenty of opportunity for him to clarify to his own supporters and to everybody else that this is not acceptable, and that he does not want this from his supporters.”