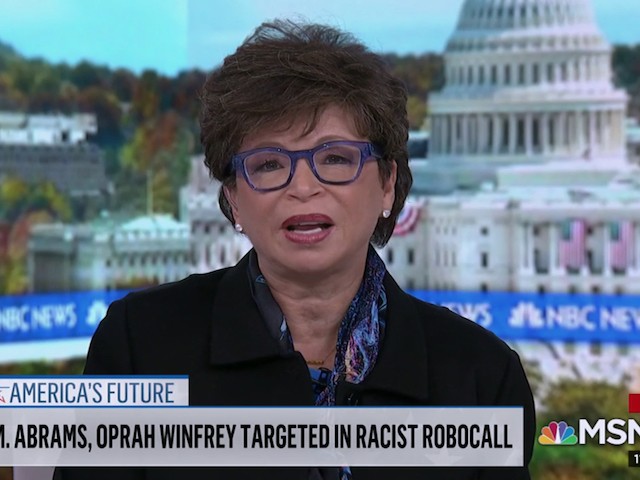 When asked about the “fairly strong” economy, Jarrett said, “A lot of the benefits of our economy began a while ago when President Obama was in office. We’re heartened to see the progress we’re making. I also traveled around the country, and I talked to Americans who are still very concerned about what’s happening in their pocketbook. I think the economy isn’t the only issue. The other thing I hear front and center is health care. So many Americans are worried about the Republicans’ plan to take away their health care and make it unaffordable for them. They won’t be able to cover people who have pre-existing conditions. I hear that. People are worried about our values when we start taking families and tearing them apart on the border or threatening to shoot people who are using stones and walking away from a climate deal where we’re worried about our next generation and whether or not our children or grandchildren are going to live in a world where they don’t have to worry about climate change.”

She added, “There’s so many important issues that I’m hearing about; a woman’s right to choose, that’s front and center. You heard on your earlier panel about how important it is for women to get involved in this election. They’re showing up in record numbers. We still have one more day. So, part of my appeal on coming on your show is to encourage everybody to vote. Elections are close in our country. They always are. So, you can’t just simply say, my vote doesn’t matter. It does matter.”