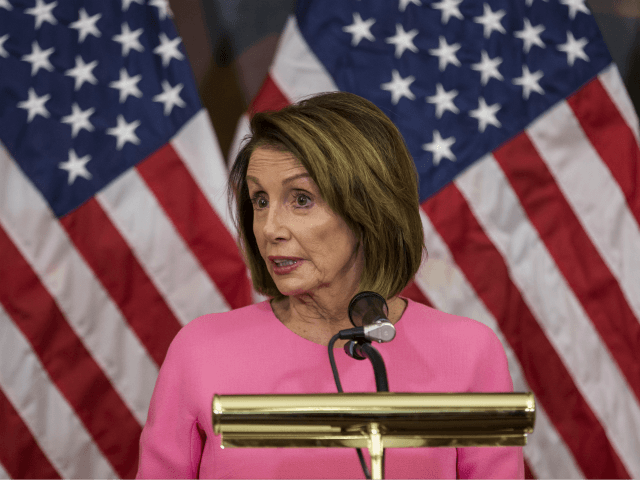 Two powerful members of former President Barack Obama’s administration have endorsed Rep. Nancy Pelosi to be elected Speaker of the House, despite dissent from some members of the Congressional Black Caucus.

“House Democrats cannot afford to put forward anyone less than their smartest, savviest, most tenacious and strategic member — someone with a track record of successful leadership,” wrote former White House senior adviser to President Barack Obama Valerie Jarrett in a CNN op-ed endorsing Pelosi for Speaker of the House.

“Nancy Pelosi has been an effective national leader, an architect of the recent midterm success and a great partner in the fight against gerrymandering,” he wrote. “She’s been successful — that’s why she’s a target of the right wing.”

Nancy Pelosi has been an effective national leader, an architect of the recent midterm success and a great partner in the fight against gerrymandering. She’s been successful-that’s why she’s a target of the right wing. She should be the next Speaker of the House.

Jarrett and Holder voiced their support for Pelosi as prominent African-Americans in Congress have voiced their unhappiness with Pelosi.

Rep. Marcia Fudge (D-OH), a Pelosi critic and one of 17 Democrats who signed a letter pledging not to vote for Pelosi is considering her own run for Speaker.

“People are asking me to do it, and I am thinking about it,” Fudge confirmed to the Cleveland Plain Dealer on Wednesday.

Congressional Black Caucus chairman Rep. Cedric Richmond demanded in a letter that an African-American Democrat should get one of the two top leadership roles in Congress in the next Congress — either Speaker or House Majority Leader.

Pelosi met with members of the CBC on Wednesday.