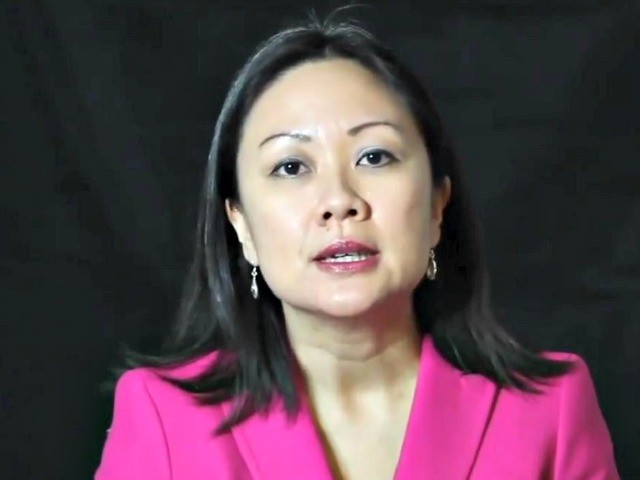 Virginia Democrat Del. Kathy Tran has postponed a legislative townhall amid backlash over a bill she introduced that would allow a woman to request an abortion even as she is about to give birth.

An announcement from Tran and her legislative colleagues, state Sens. George Barker and Scott Surovell, said their town hall scheduled for Saturday, February 2, in Lorton, Virginia, would be postponed “due to security and safety concerns.”

Unfortunately, we are postponing our joint legislative town hall meeting scheduled for Saturday, February 2 due to security and safety concerns for our constituents who planned to attend as well as participants coming to youth sports activities at South County High School.

“While we are very disappointed to have to make this decision, the safety of our neighbors and constituents is paramount,” the announcement read. “We will update our constituents once our town hall is rescheduled. We will continue to make ourselves available to hear our constituents’ priorities, including those with differing opinions.”

Pro-life groups that planned to attend the townhall said they would still hold a “peaceful demonstration.”

The Susan B. Anthony List (SBA List) commented on the postponement in a statement sent to Breitbart News:

We are disappointed Delegate Tran and her colleagues chose to call off their town hall rather than face pro-life constituents, who were looking forward to the opportunity to voice their alarm over Delegate Tran’s radical abortion bill in person. Tran has taken to social media attempting to defend her legislation that, by her own admission, would allow abortion on demand right up through the moment of birth. Now she needs to listen to the voters. Our peaceful demonstration will take place as scheduled.

Tran introduced a bill – that has since been tabled – that would allow women to ask for an abortion even moments before birth. In a key exchange with Republican Del. Todd Gilbert that went viral, Tran said there were no limits on when an abortion could take place in her bill:

Following the firestorm over the bill, Tran defended her comments.

“I was caught off guard and probably wasn’t as artful in the moment as I could have been,” she said. “The bill is intended to remove unnecessary medical and unduly burdensome barriers that women have to accessing healthcare.”

Democrat Gov. Ralph Northam, a recipient of over $2 million in donations from Planned Parenthood during his 2017 gubernatorial campaign, defended the legislation and doubled down on comments he made in support of the bill.

“On the heels of New York’s radical expansion of abortion, Delegate Tran’s bill and Governor Northam’s statements reveal with alarming clarity what the modern Democratic Party stands for and their agenda for our nation – abortion on demand, up until the moment of delivery and even beyond,” said Marjorie Dannenfelser, SBA List president. “This position is irreconcilable with the beliefs, values, and desires of most Americans.”

Despite the postponement of the townhall, Students for Life of America (SFLA) plans to have Tina Whittington, SFLA vice president, as a speaker at the press conference and rally.

Whittington, a Virginia resident, said in a statement: “Millennials understand the violent reality of abortion and see past the attempt by pro-choice groups to disguise legalized infanticide as ‘choice.’ We will continue to speak out against this great injustice.”

“With leaders in New York and Virginia pushing America’s abortion extremism to infanticide, the need to defend women and preborn infants from these inhumane practices is energizing voters nationwide,” said Kristan Hawkins, SFLA president. “To get ready for the day after Roe, SFLA is launching a new c4 organization, Students for Life Action, getting this Pro-Life Generation activated for the ground game of defending life.”

A recent Marist poll also found 75 percent of Americans want substantial restrictions on abortion, including 60 percent of Democrats and 61 percent of those who identify as “pro-choice.”