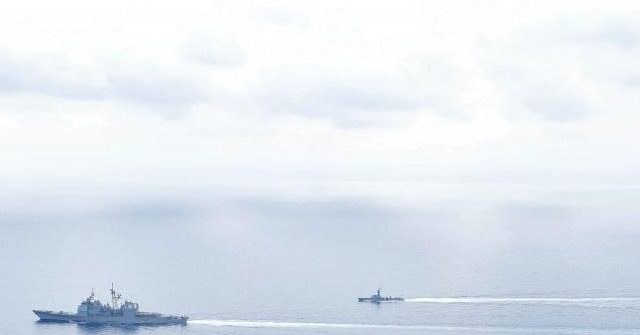 “Through operations and training such as this, U.S. and IDF enhance existing cooperative relationships and take great strides in safeguarding the region’s vital link to the global economy,” Baggett said.

According to the Navy, the patrols “enhanced interoperability between the maritime nations through communication and command and control scenarios between the two nations.”

Monterey, which is homeported in Norfolk, Va., departed for deployment on Feb. 18 with the rest of the Eisenhower Carrier Strike Group.

Earlier this month, the Navy announced that the strike group was conducting flight operations near the Canary Islands off the West African Coast.

According to the Marines, Camp Lejeune has several simulation centers to use prior to conducting live-fire training and scenario-based training.