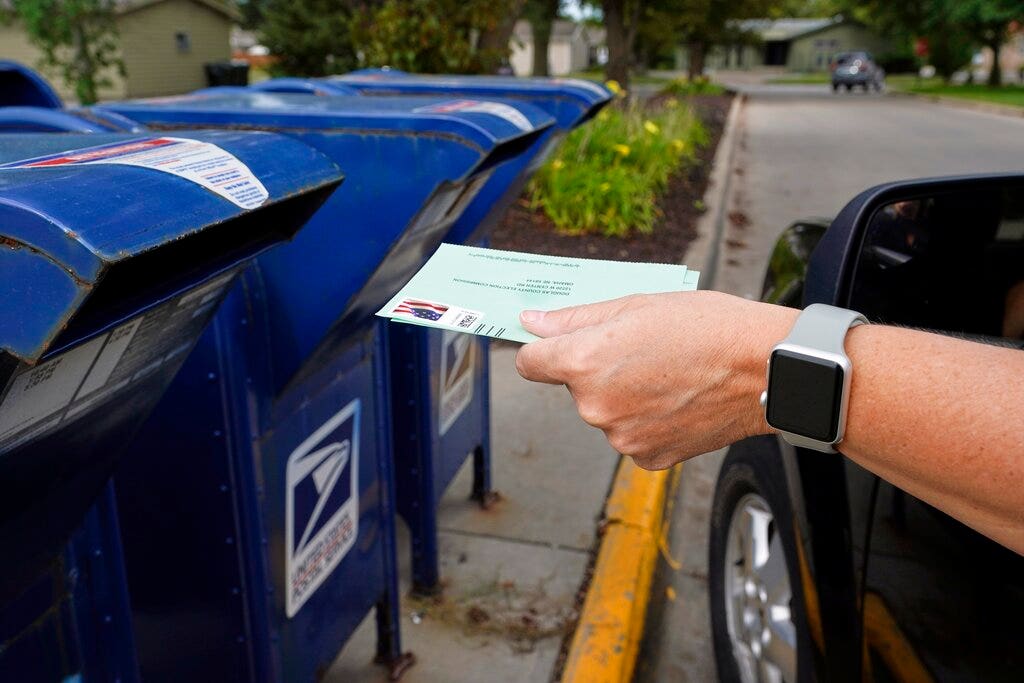 The government watchdog for the United States Postal Service concluded in a report released this week, that modifications made by Postmaster General Louis DeJoy “negatively” affected the efficiency of the U.S. mail system.

In response to congressional calls for an investigation into changes made following DeJoy’s June appointment, the USPS Office of Inspector General reviewed cost cutting measures, mail speed and reliability, along with management strategies, to analyze how the mail system has been affected during a pandemic and an election year.

Under DeJoy, 60 initiatives where implemented to achieve financial goals, including reduced work hours, the elimination of late or extra transport trips and the removal of collection boxes and processing equipment — all of which were found to have “negatively impacted the quality and timeliness of mail delivery nationally,” according to the report.

On Aug. 18, DeJoy announced that he would cease the removal or relocation of collection boxes and processing equipment, in order to avoid appearing as if he was attempting to interfere with the Nov. 3 general election.

But the report found that due to a lack of proper communication and strategy on how to implement the new initiatives, operations during June and July resulted in “confusion and inconsistency” throughout the country, which had “significant negative service impacts.”

In a reversal of strategy, chief operations and logistics officers released a memo to USPS workers in September, which stated that starting Oct. 1, additional resources were being given to help with “increased demand and unforeseen circumstances.”

Election officials believed the U.S. would have an increase in the number of mail-in ballots because of the coronavirus pandemic.

States that largely conduct their electoral process through the U.S. Postal Service, have already seen an increase in returned ballots during early voting in October.

Colorado has had a significant rise in mail-in ballots during the 2020 election season compared to the 2016 General Election, where 93 percent of voters relied on the USPS to cast their vote, and only seven percent of Coloradans voted in person.

But during the 2020 primaries, which were held during the coronavirus pandemic, 99.3 percent of voters submitted their ballots through the mail, and just .7 percent of Coloradans voted in person, according to the Secretary of State’s office.

Nearly 67 percent of voters are relying on voting by mail so far in the 2020 General Election, according to polling conducted by the Associated Press on Wednesday.  Of the more than 42 million votes cast so far, nearly 29 million of the votes have been returned through the mail.

DeJoy, who was appointed by Trump, came under scrutiny this summer after the president announced that he was attempting to prevent mail-in voting and claimed the increase in mail-in ballots would lead to a fraudulent election although he provided scant data to support his concerns.

During a FOX Business interview with Maria Bartiromo, Trump said he blocked Democrat’s request for additional funding for the USPS, because he wanted the deter “universal mail-in voting.”

“They want $25 billion for the post office,” Trump told Bartiromo. “Now, they need that money in order to have the post office work so it can take all of these millions and millions of ballots. But if they don’t get those two items, that means you can’t have universal mail-in voting because they’re not equipped to have it.”

DeJoy had been reportedly brought on as the U.S. post master general in an attempt to address crippling financial problems, but the timing of DeJoy’s appointment coupled with reports of deteriorating mail efficiency amid the pandemic, concerned congressional Democrats.

The report calls for additional transparency from the U.S. Postal Service on the operational front, and recommended increased communication with Congress.

The report further concluded that operational changes should have been analyzed in order to anticipate the increase in packages sent during the pandemic and the expected rise in mail-in ballots.