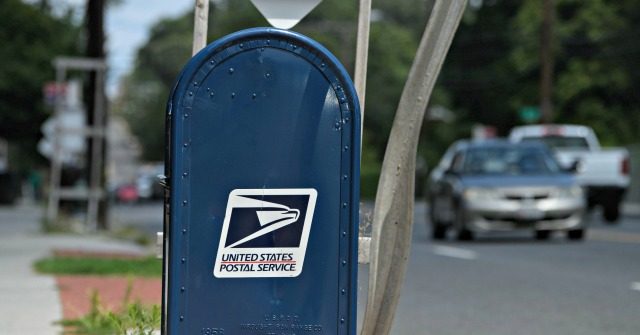 The United States Postal Inspection Service (USPIS) has launched an investigation after mail was stolen from multiple post office mailboxes in Central Virginia.

“We received calls from several post offices that our blue boxes, located at the post offices, had been tampered with,” USPIS Inspector Michael Romano said in a statement. “It appears that we’ve had some level of mail stolen from these blue collection boxes.” He added:

I don’t have any information. Whether the boxes contain any sort of election mail. If we have any indication that it is, sort of, election fraud related, we are going to work closely with our counterparts at the Federal Bureau of Investigation to determine what type of theft we have and aggressively investigate this case.

Despite the reported break-in, Romano said the U.S. Postal Service remains safe to use for mailing ballots:

Mail theft is relatively low. It’s just important people realize that we do have a security force that polices the postal service to make sure that everyone’s mail gets there safely and securely. The most secure way of mailing something to us is to get it in the hands of the mail stream as quickly as possible. I would recommend individuals mailing something inside the post office, our lobbies are traditionally open. If your carrier comes to your workplace or to your door, if you can, hand it to them directly.

As of October 1st, 400,000 Virginian resident have cast their ballots.

October 23 is the final day to request an absentee or mail-in ballot.