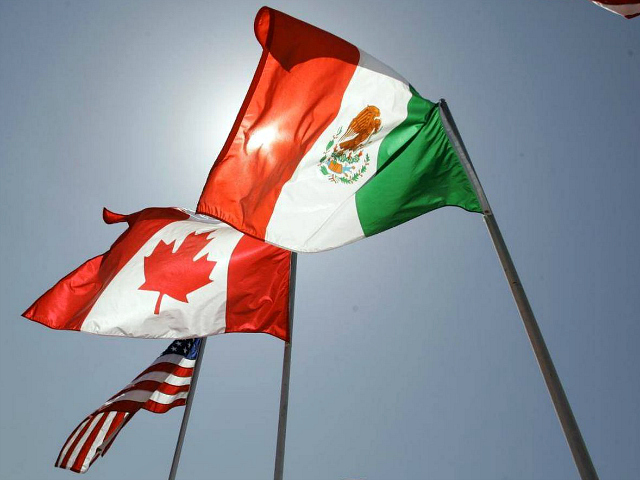 The U.S., Mexico, and Canada came to a late-hours agreement Sunday to create a trilateral trade deal to replace NAFTA that is being deemed the USMCA, U.S.-Mexico-Canada Agreement.

The USMCA “includes ambitious new market access provisions for our farmers and ranchers,” according to the officials. It also includes provisions to make sure the deal does not get “stale and outdated”

“We think this is a fantastic agreement for the United States but also for Canada and Mexico,” one of the officials stated.

Officials pointed to a review provision as giving the U.S. a significant form of leverage to get people to meet the mark and keep obligations. They emphasized the U.S. is committed to “strong and effective enforcement of this agreement.” They said this reinforces that this is not just words on paper.

The deal is “going to change peoples lives and it’s going to make” America stronger and better, the officials conveyed. They said they are “very very excited about it over here.”

“Canadian Prime Minister Justin Trudeau called a meeting with his Cabinet late Sunday,” the Associated Press reported Sunday night ahead of the announcement of the new deal.

The U.S. senior administration officials told reporters on Sunday night’s call that the deal will be signed at end of November and will be submitted to Congress after that for the next Congress at the beginning of 2019.