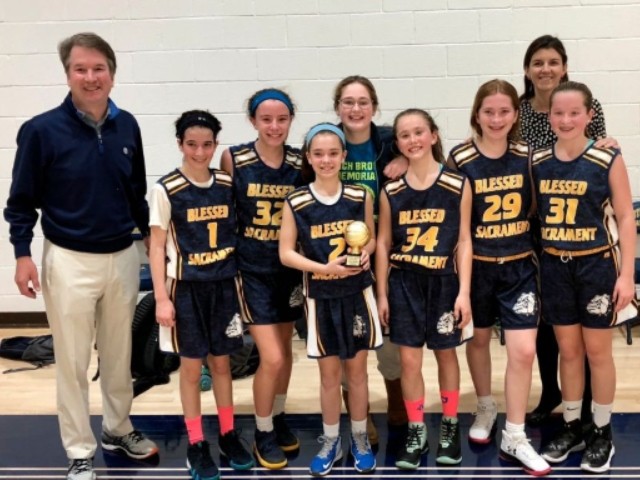 USA Today is getting slammed after a sports columnist for the paper published an article suggesting that Supreme Court nominee Brett Kavanaugh should “stay off basketball courts” when children are around and not coach girls’ basketball because he was accused of sexual assault.

From @usatodaysports: “The U.S. Senate may yet confirm Kavanaugh to the Supreme Court, but he should stay off basketball courts for now when kids are around,” writes @ByErikBrady . https://t.co/MJ9ZIZExGI

“The U.S. Senate may yet confirm Kavanaugh to the Supreme Court, but he should stay off basketball courts for now when kids are around,” wrote sports columnist Erik Brady.

The article focused on Kavanaugh’s Thursday emotional testimony before the Senate Judiciary Committee when Kavanaugh said that California psychology professor Dr. Christine Blasey Ford’s allegations brought to the committee’s attention by Senate Democrats ruined his reputation to the point where he may never coach girls’ basketball again.

“I love coaching more than anything I’ve ever done in my whole life,” Kavanaugh said in his opening statement on Thursday. “But thanks to what some of you on this side of the committee have unleashed, I may never be able to coach again.”

The Supreme Court nominee also said, speaking through tears at the Thursday hearing, that his ten-year-old daughter offered to pray for Dr. Ford.

The article also attempted to compare scandals where coaches who train children in gymnastics were convicted a crime to the Kavanaugh allegations because he passed background checks and continues to coach basketball at his daughter’s private school and in the Catholic Youth Organization.

Archdiocese of Washington spokesman Edward McFadden told USA Today that “adult volunteers with extensive contact with children” go through background checks, and would have to be convicted of a crime before not being allowed to coach.

“He has no record and has no criminal background. He’s gone through the (training) process. He can coach,” McFadden said.

But the article takes it a step further, claiming that accusations without evidence should warrant no investigation.

Although the columnist wrote the article as an opinion piece for the paper, USA Today promoted the article on social media as a straight news article. The piece prompted social media users to slam the paper for its “disgraceful” article:

This is disgraceful, @usatodaysports. The man was accused of atrocities with no evidence, no corroboration, no proof. He’s undergone 6 FBI investigations in his life. Maybe wait to criminalize someone till you have damn good reason? I’m utterly disgusted. https://t.co/Rk3DeLCEub

This is a truly evil piece.

Thousands of other Twitter users said they would “never read” or “visit” USA Today’s website ever again and some even claimed they would “vote straight Republican” this November due to the paper’s antics.

Former Homeland Security undersecretary Michael Brown even said the article used “uncorroborated allegations” from over 30 years ago to call Kavanaugh “a pedophile”:

Let me get this straight @USATODAY…you believe uncorroborated allegations from 30+ years ago allow in essence to call someone a pedophile? #Kavanaugh claims the media will continue to attack him and you just proved his point. Despicable. https://t.co/r22iTIqBfS