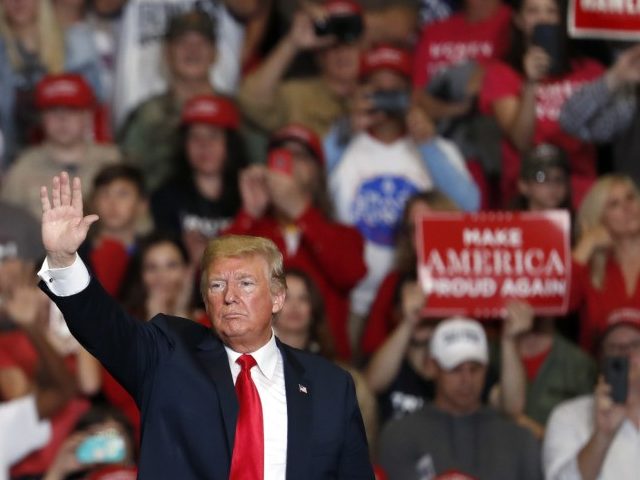 The editorial board argued in the piece that congressional Republicans failed to provide a counterbalance to President Trump’s policies, and urged voters to elect Democrats to the House and Senate.

The “current GOP-controlled House and Senate” have been “little but obedient lap dogs to President Donald Trump,” the USA Today editorial board wrote Tuesday.

“This would be troubling under any circumstances. But it is especially so now with a president who careens from gross incompetence to troubling executive overreach; who tolerates, even encourages, corrupt behavior; and who tries to govern through a toxic mix of self-adulation, divisive rhetoric, fear-mongering, outright lies and juvenile name-calling,” the editorial board continued.

USA Today suggested that the future Congress should fight against Trump’s use of “incendiary language” to encourage “hate groups,” Trump’s “politicized attacks” on the media and the Justice Department, and Trump’s stance on relations with North Korea.

Although the bottom of most USA Today unsigned editorials state that the editorials from the board “are coupled with an opposing view,” the balance of views on USA Today’s opinion page remains unequal.

The opinion section of USA Today’s website as of Tuesday afternoon featured five editorials either bashing Trump or supporting Democrats and one editorial from Vice President Mike Pence in support of the president.