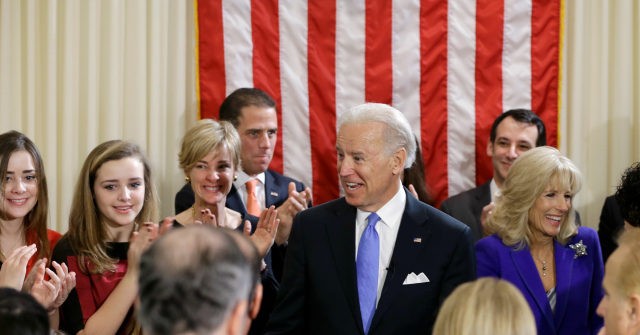 A criminal IRS investigation into Hunter Biden — President Biden’s son — appears to have convened a grand jury as far back as May 2019, a confidential subpoena served to JPMorgan Chase bank reveals. The subpoena also seeks bank records of James Biden, the president’s brother, which appears to be the first time another Biden family member has surfaced in connection with the investigation.

The document appears to show that as President Biden was launching his campaign that spring, federal prosecutors in the U.S. Attorney’s office in Delaware had impaneled a grand jury and were demanding the production of bank records relating to Hunter and James Biden, as well as two of their business associates Devon Archer and Eric Schwerin.

While it has been reported that subpoenas were issued in a Hunter Biden criminal probe from federal investigators, the level of detail this document contains has never been reported.

The document, dated May 20, 2019, is a subpoena compelling JPMorgan Chase bank to appear in U.S. District Court in Delaware. “YOU ARE COMMANDED to appear in this United States district court at the time, date, and place to testify before the court’s grand jury,” the document — a subpoena to JPMorgan Chase Bank’s subpoena processing office based in Indianapolis — says. “When you arrive, you must remain at the court until a judge or a court officer allows you to leave.”

The document lists a courtroom in the J. Caleb Boggs Federal Building in Wilmington, Delaware, as the location that JPMorgan Chase Bank officials were compelled to appear and commands a response by June 25, 2019.

“You must also bring with you the following documents, electronically stored information, or objects” the document continues, then pointing to “Attachment A” which lists out exactly what the mega-bank needed to provide to the court.

“Attachment A” lists out the following instruction to the bank’s compliance officials: “PRODUCE THE FOLLOWING: All records, documents, and accounts pertaining to all financial/banking transactions with the following known name(s), and/or accounts. However, when conducting your search, please do not limit your scope to only the known account(s) listed below; unknown, associated, signatory, or closed accounts are also requested.”

The document specifically states multiple times: “Do not disclose the existence of this subpoena to the individual or any third party.”

An accompanying letter David C. Weiss, the U.S. Attorney for the District of Delaware, to JPMorgan Chase Bank officials specifies that federal law “makes it a federal crime for ‘an officer of a financial institution’ to notify either ‘directly or indirectly…. (A) a customer of that financial institution whose records are sought by a grand jury subpoena; or (B) any other person named in that subpoena about the existence or contents of that subpoena or information that has been furnished to the grand jury in response to that subpoena [.]’”

Hunter Biden revealed in a statement in December, 2020, just following the presidential election, that he was under federal investigation for possible tax fraud. At the time it was reported by Fox News and CNN that the investigation began in 2018 and was looking into whether Hunter and his business associates violated tax and money laundering laws. Reporting by CNN at the time said the probe was focused on Hunter’s engagements in China and other countries and transactions with “people who posed counterintelligence concerns.”

The probe had been put on hold as the presidential race ramped up, but had allegedly resumed after all ballots were cast.

Weiss paused the investigation, deciding not to seek search warrants or issue grand jury subpoenas, to not “alert the public to the existence of the case in the middle of a presidential election,” according to a report by Politico in July, 2021.

The federal investigation into Hunter’s “tax affairs” was reported by Fox News to have been moving forward in March, 2021, and that the U.S. Attorney’s office in Delaware had “not heard from the White House,” at the time.

Hunter Biden revealed in an interview with CBS in April, 2021, that his lawyers were not working on a plea deal in the case. “I am absolutely certain that what we’re doing is being completely cooperative with whoever is asking from any authority whatsoever,” he added at the time.

The document was obtained first by former White House official Garrett Ziegler, who is a former associate director in Peter Navarro’s Office of Trade and Manufacturing Policy in the White House, serving from 2019-2021, who provided it to Breitbart News. Following his time at the White House, Ziegler established Marco Polo, a nonprofit research group “exposing corruption and blackmail,” and has been conducting a forensic review combined with extra independent investigation into Hunter Biden’s laptop.

“This wide-ranging grand jury subpoena suggests that Joe’s son and brother received transfers from an account with the Bank of China. The question that remains is why Bill Barr directly intervened to ensure that the U.S. Attorney in Delaware’s investigation into Joe’s family was kept from the public for over 17 months until after the election, as previous reporting has confirmed. David Weiss and Bill Barr—or someone with a conscience inside the Justice Department—should answer that question for the American people,” Ziegler said in a statement to Breitbart News.

The aforementioned Politico story suggests Weiss took steps to keep his investigation from going public in 2019 because he did not want it coming out in the middle of an election, and a subsequent Wall Street Journal piece in December 2020 suggests that Barr did the same.

It is unclear if JPMorgan Chase Bank cooperated with this subpoena. It is worth noting that the bank’s outside counsel firm Paul, Weiss, Rifkind, Wharton & Garrison LLP announced it hired former U.S. Attorney General Loretta Lynch shortly after receiving this subpoena. It is unclear if Lynch had any involvement on this specific matter, however, she has worked on similar matters involving JPMorgan Chase Bank compliance.

It is also unclear where this criminal investigation stands.