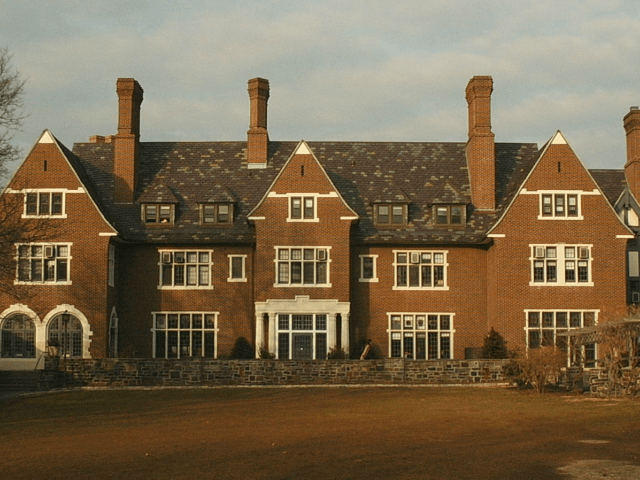 Professor Samuel Abrams received intimidating messages and was accused by his college president of “attacking” members of the community after he denounced the ideological homogeneity of his campus administration in an op-ed for the New York Times last month.

Professor Abrams, who teaches politics and social science at Sarah Lawrence College in Yonkers, found menacing messages demanding that he leave the school posted on the door of his office. Decorations on the door, including pictures of his family, had been torn down, media reported Friday.

One sign posted on Abrams’ door read, “Our right to exist is not ‘ideological,’ asshole,” and was signed “transsexual fag.”

On being informed of the incident, Sarah Lawrence president, Cristle Collins Judd, sent out a campus-wide email mentioning the importance of free expression, but mostly stressing her “commitment to diversity and inclusive excellence.”

During a phone conversation with Abrams, Judd reportedly accused him of “attacking” his colleagues.

“She said I had created a hostile work environment,” Abrams told the online news outlet Reason, noting that if his op-ed constituted hate speech, “then this is not a world that I want to be a part of.”

Later, Abrams met with Judd face to face, at which time the president suggested that Abrams should consider looking for a new job.

In his column for the New York Times, Abrams noted that school administrators at Sarah Lawrence had hosted a series of partisan political events, all of which featured progressive ideas and talking points.

Abrams said he went on to survey a nationally representative sample of roughly 900 college administrators and found that liberal staff members “outnumber their conservative counterparts by the astonishing ratio of 12-to-one.”

“Only 6 percent of campus administrators identified as conservative to some degree, while 71 percent classified themselves as liberal or very liberal,” Abrams said. “It’s no wonder so much of the nonacademic programming on college campuses is politically one-sided.”

Among all groups on American college campuses — students, faculty, and administrators — the most liberal group by far were the administrators, Abrams found.

“It appears that a fairly liberal student body is being taught by a very liberal professoriate — and socialized by an incredibly liberal group of administrators,” he wrote.

“While considerable focus has been placed in recent decades on the impact of the ideological bent of college professors, when it comes to collegiate life—living in dorms, participating in extracurricular organizations—the ever growing ranks of administrators have the biggest influence on students and campus life across the country,” he wrote.

After the publication of the op-ed, there was an emergency meeting of the student senate, which called for Abrams “to be stripped of tenure and dismissed from the college.”

“The Senate asked me to publicly affirm that Black Lives Matter, that LBGT+ Lives matter, and that Women’s Justice matters,” Judd said. “I emphatically did.”

The liberal bias among college administrators is a matter of public record, and “diversity” — the enforcement of progressive ideas — has become a lucrative field in academics.

The diversity office at the University of Michigan, for instance, has an $11 million payroll for its 100 employees.

The newly appointed Vice President of Diversity at Ohio University earns $200,000 per year.