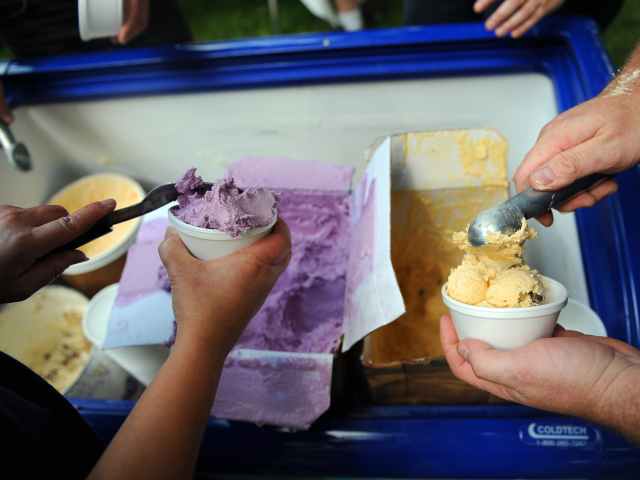 Students at the University of Wisconsin-Madison are arguing that the serving of ice cream in facilities like dining halls makes Muslims, Jewish, and vegan students feel unwelcome on campus.

Student council members at the University of Wisconsin-Madison are protesting the campus practice of serving ice cream, which often contains beef gelatin, an ingredient that makes the treat inaccessible to members of certain faiths and diets.

According to a new piece of legislation entitled “Ice Cream for All,” which was first reported on by Campus Reform, the student council argues that the university’s use of standard ice cream is discriminatory against members of the Muslim, Jewish, Hindu, and Buddhist religions — adding in vegetarian communities on campus as well. The legislation argues that the use of ice cream may make members of those communities feel unwelcome on campus.

“The reasons given for not changing the gelatins, in the name of ‘tradition,’ exclude Muslim, Buddhist, Hindu, Jewish, Vegetarian, and Vegan students from partaking in eating the ofﬁcial, campus wide, traditional ice cream that is often listed as part of the ‘Wisconsin experience,’” the legislation reads. “Symbolic issues like these have always and will always play a critical role in whether marginalized students and people feel welcome, included, and connected to their community,” it continues.

Astonishingly, the university already offers gelatin-free ice cream at the university ice cream shop, Babcock Dairy. Additionally, a University of Wisconsin-Madison spokesperson told Campus Reform that the campus already offers more than one ice cream option for students who can’t eat beef gelatin. The campus “produces and sells ‘super premium’ ice cream, sherbet and Greek frozen yogurt options that are made with a plant-based stabilizer and are gelatin-free.” The campus also offers a lactose-free ice cream for those with dairy allergies.

Despite this, the student council has demanded that school officials acknowledge that standard ice cream options marginalize religious students on campus. Ice cream is an iconic part of the culture in dairy-rich Wisconsin, perhaps making it a target for progressives on campus.

Breitbart News will continue to provide updates on this story.