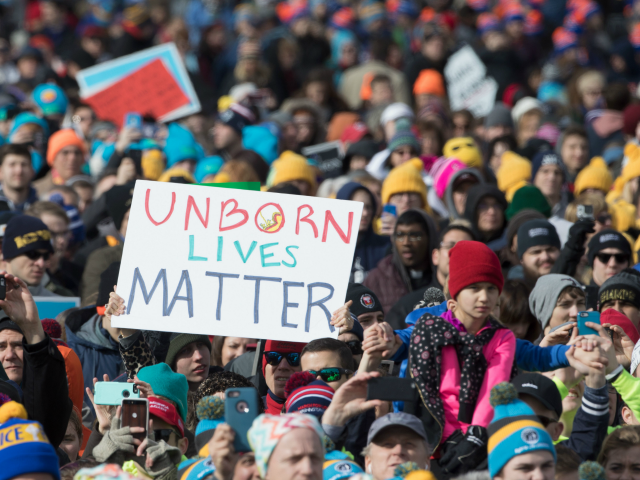 A University of Idaho administrator has banned a female student from expressing pro-life views and stating that women have XX chromosomes on a university feminist blog, accusing the student of writing in a way that “directly challenges” opposing viewpoints. The Administrator advised the female student that she should avoid “hot button” issues in her future feminist articles.

Administrator Lysa Salsbury has admittedly censored student writer Victoria Dilone, upon discovering that her opinions do not align with the majority of opinions expressed by other students in the university’s Women’s Center Blog.

Salsbury, who is the Director of the Women’s Center at the publicly-funded university, expressed her concerns about Dilone’s opinions, which had been flagged as “extremely hurtful” and for having “religious content.”

“I wanted to let you know that I have asked [the student editor] to take down your latest blog post,” said Salsbury to Dilone, in an email obtained by Breitbart News, “I did not know that you were going to be writing on this topic, and I have some serious concerns about the views you presented.”

Salsbury was referring to a piece by Dilone in which she wrote about the creation of the birth control pill.

“I’m not trying to vilify those who use birth control, but women should know how the Pill came to be,” stated Dilone in her opinion piece, which she later posted to her personal blog, after it had been censored from the university’s website.

“Gregory Pincus and Margaret Sanger should be known for their actions as an immoral scientist who disregarded the pain of women and an eugenicist who wanted to rid the world of those she deemed ‘unfit,’” added Dilone.

Salsbury stated that while she does “try very hard” not to censor students, Dilone had become an exception, because she did not use a proper “feminism lens” while writing her piece.

“Feminism is the grounding philosophy undergirding the topics we allow on the blog,” stated Salsbury in her email to Dilone, “On more than one occasion, your personal views have been in direct conflict with one of the fundamental principles and tenets of feminism—that of choice.”

“Your article is not only not congruent with the Women’s Center’s views on the topic, it directly challenges them,” continued Salsbury, “As such, we cannot publish it. I’m sorry.”

The Administrator concluded by informing the pro-life student that she will be monitoring her remaining drafts, and deciding if they will be allowed on the student-run blog in the future.

“I would like you to stay away entirely from any contested ‘hot button’ issues on which you and our readers have a clear conflict of opinion,” affirmed Salsbury.

Upon reviewing a draft for another blog, Salsbury and the editor had instructed Dilone to remove language in which she stated that women have XX chromosomes, according to Students for Life of America.

“Leave this part out. Not all women have XX chromosomes, and not all men have XY,” read the edits to Dilone’s draft, “Chromosomes have nothing to do with gender.”

Dilone who is also the Vice President of the university’s Students for Life of America chapter, told Breitbart News that the Women’s Center was aware of her pro-life views when she applied for the writing position.

“I was upfront that I was active in the Students for Life group, and no one raised an issue then,”  said Dilone to Breitbart News, “It’s unfortunate that the Women’s Center has decided that feminism means we can’t debate issues like birth control or how to best help women.”

“I will continue to share my beliefs and won’t be intimidated,” added Dilone.

Salsbury did not respond to Breitbart News’ request for comment.