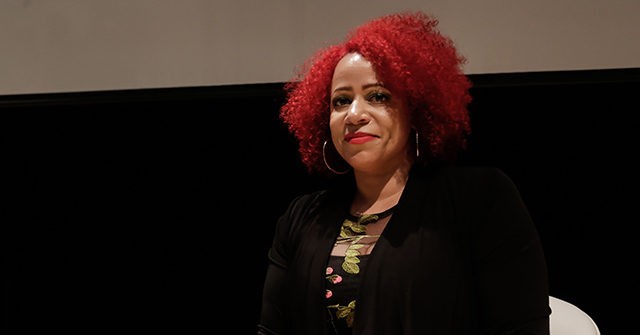 New York Times writer and author of the divisive “1619 Project” Nikole Hannah-Jones is joining the University of North Carolina (UNC)’s Hussman School of Journalism and Media as the “Knight Chair in Race and Investigative Journalism.”

Hannah-Jones is set to join UNC’s Hussman School of Journalism and Media as a “Knight Chair” in July, according to a press release by the school

“This is the story of a leader returning to a place that transformed her life and career trajectory,” said Dean of UNC Hussman Susan King of Hannah-Jones, who is an alumna of the school.

The press release went on to explain that Knight Chair professorships “are designed to bring top professionals to classrooms to teach and mentor students.”

Karen Rundlet, journalism director at Knight Foundation, added that “Hannah-Jones is an outstanding addition to this group of leaders.”

“The Knight Chairs are highly-respected news leaders who bring insights about journalism and support elevating it in the academy,” Rundlet explained. “Their work contributes to keeping communities informed and democracy robust.”

Hannah-Jones’ “1619 Project” has been heavily scrutinized, as it claims that the United States was founded on the institution of slavery, as well as the “legalized discrimination against black Americans.”

Senate Minority Leader Mitch McConnell (R-KY) has referred to the curriculum as “politicized” and “divisive,” and is leading a group of senators to call on the Biden administration to withdraw the project from federal grant programs.