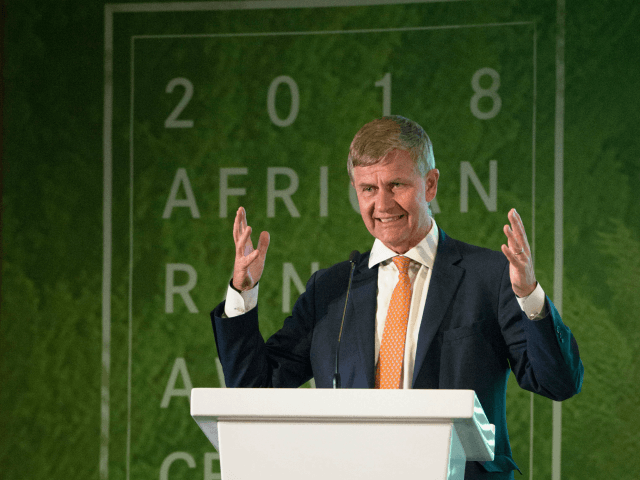 The head of the United Nations Environment Programme (UNEP)  has been forced to resign after building up an “obscene” carbon footprint. Former Norwegian diplomat turned green UN boss Erik Solheim racked up so many air miles at such enormous expense that disgusted donor nations had started to withhold funds.

According to the Guardian:

The Guardian understands Solheim was asked to resign by the UN secretary general, António Guterres. Sources at the UN Environment Programme (Unep) said that countries unhappy with Solheim’s conduct were holding back tens of millions of dollars, threatening a financial crisis at the body.

A draft internal UN audit leaked to the Guardian in September found Solheim had spent almost $500,000 (£390,000) on air travel and hotels in just 22 months, and was away 80% of the time. The audit said this was a “reputation risk” for an organisation dedicated to fighting climate change.

A UN staff union leader called some of the revelations “mind-blowing” and a prominent climate scientist accused Solheim of “obscene CO2 hypocrisy”.

Solheim took the job in 2016 and quickly outraged colleagues with his nepotism and his profligacy. Among the charges levelled against him:

Here is an excerpt from a disgruntled j’accuse letter from UNEP staffers to Solheim:

You have inappropriately announced to the Member States that you will be advertising the positions of the D2 Director, Ecosystem Division and Director, New York Office without even discussing this with Mette Wilkie and Elliot Harris, the incumbents of the posts respectively. The organisation is being led by your personal preferences and those of, the Chief of Staff, Anne LeMore who you brought into the organisation -and Sami Dimassi, Officer in-Charge of Corporate Services, whom you appointed against the decision of OHRM, given the un-merited selection. You appointed a P5, Gary from another agency to come and lead the Policy Division, while you have an already capable D1, Sheila Aggarwal-Khan. This is another example of a wasted USD 205,600.
You are hardly available to provide leadership to the organisation as you are constantly traveling together with your special assistants most specifically Hao Chen. Millions of resources have been lost in your business class travels, some of which are not necessary.

Some cynics used to the United Nations’ ways might wonder what the fuss about. Isn’t epic waste, corruption and imperial high-handedness exactly what is required of a senior UN functionary?

Still, one thing is for certain. Solheim’s departure will alter not one jot the most fundamental problem with the United Nations Environment Programme: it is a total waste of around $600 million a year.