MOSCOW (AP) – Ukraine’s parliament has voted to support the president’s motion to impose martial law in the country for 30 days.

Martial law will include a partial mobilization and strengthening of the country’s air defense. The measures before parliament also included vaguely worded steps such as “strengthening” anti-terrorism measures and “information security.”

President Petro Poroshenko asked lawmakers earlier to back his motion to impose martial law in the wake of Sunday’s incident near Russia-occupied Crimea when Russian borders guards opened fire on three Ukrainian navy vessels before seizing the ships and their crews. 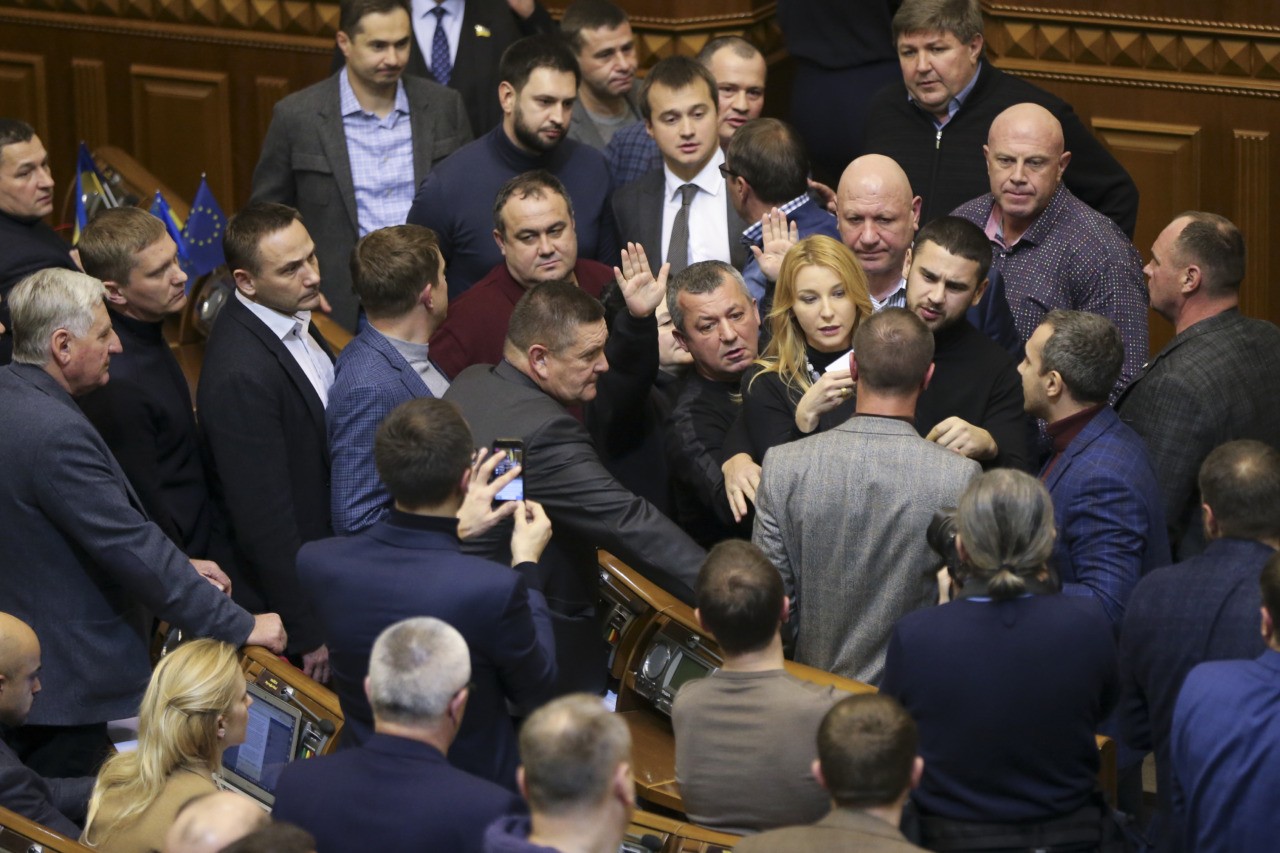 Ukrainian lawmakers argue between each other during a parliament session in Kiev, Ukraine, Monday, Nov. 26, 2018. Ukrainian parliament has voted to impose martial law for 30 days in wake of Russian seizure of Ukrainian vessels. (AP Photo/Efrem Lukatsky)

Some 200 protesters waving Ukrainian flags and anti-Russia slogans have demonstrated outside the Russian Embassy in Poland over the latest standoff between Russia and Ukraine.

Most present were members of the Ukrainian community in Warsaw, protesting against Russia’s seizure of three Ukrainian vessels off the disputed Crimean Peninsula.

After the protest they threw containers of yellow and blue paint, Ukraine’s national colors, in the direction of the embassy.

Some also briefly clashed with the police.

According to Polish government figures, some 1.6 Ukrainians live in Poland. Some are in the country after fleeing the conflict in the east of their country against Russia-backed rebels.